A Year Of Lasts 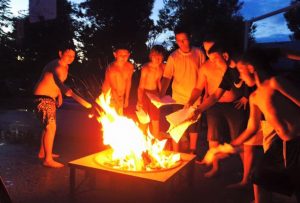 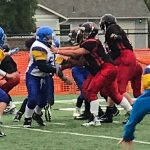 For my grandnephew, Xander Spethman, there is a specific tradition that goes along with his birthday every year. He gathers his friends together for a party. Now, I know that you are thinking, “What’s different about that?” Well, the difference is that they build a fire in his parents fire pit, and the boys burn their schoolwork from the year. Having a birthday so close to the end of the school year, it works out really well to have a school work burning party. This year will be slightly different, in that he will be burning the last year of his middle school career. As a boy, I don’t suppose that fact stirs up the emotions, like it does for his mom, but maybe it brings a bit of sadness that a certain time in his life has come to a close. Nevertheless, this has been a year of lasts. He has played his last middle school football game, and his last middle school basketball game. There will be a last time in the old school, and the last time (for awhile anyway) that he will be in school with his brother, Zack.

Of course, Xander is still very close with his family. He and his dad, Steve are best friends, and he is always so 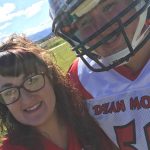 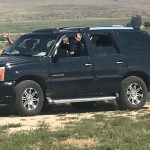 sweet to his mom, Jenny. He and his brothers, Zack and Isaac are also good friends, and his little sister, Aleesia is his little princess. His parents and siblings come to any and all his activities possible. It is a family tradition. Always be supportive of each other. Of course, that doesn’t mean that he and his brothers don’t fight, or that his sister never gets on his nerves, but Xander takes being the oldest very seriously. He works hard to be a leader and a good role model. And he does a good job of it too. His younger siblings look up to their brother and view him with a sense of pride. He shows them the right way to do things. Kids look up to their older siblings, and it is very important to make sure they are getting the right message from their older sibling, or they can end up in a lot of trouble down the road.

While this year is a year of lasts for Xander, it is also a year of firsts. This will be Xander’s first year of high school, Its a major change in a student’s life. Before long graduation will be right around the corner. This year has found Xander with a girlfriend, and to my knowledge, that is his first. He has signed up for ROTC, and I know he will do well with that, specially in the area of shooting accuracy, since Xander has been trained to be a great shot by his parents. Probably the biggest new thing in Xander’s life, however, will e the fact that since he 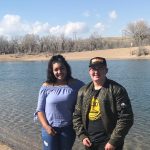 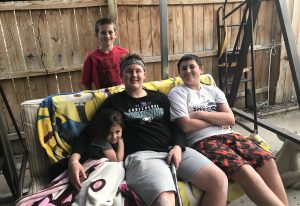 is now 15 years old, he will be getting his driver’s permit, so he can learn to drive. of course, his parents are excited to him to learn to drive, but they will also need to realize that they will most likely be relegated to the passenger side of the car…at least when Xander is in the car, because as we all know, 15 year olds need to drive!! There are a lot of changes coming his way, and we are so excited to see where life takes him next. Today is Xander’s 15th birthday. Happy birthday Xander!! Have a great day!! We love you!!