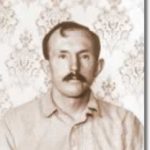 The old West as a wild place with very little law enforcement, and there was a lot of distance between lawmen. That also left room for may forms of lawlessness. I can’t say for sure that the gun for hire started in the old West, but it seems plausible. One such “gun for hire” was Thomas “Tom” Horn Jr, who often used the alias of James Hicks. Horn was born in Memphis, Missouri on November 21, 1860. He would become one of the most celebrated hired guns of the Old West, winning national fame for his freelance work, due in large part to his autobiography. Nevertheless, he wound up on the gallows for practicing his trade.

Tom was the fifth of 12 children, and his father, Tom Horn Sr, was a strict disciplinarian. Apparently, Tom didn’t like his dad’s strict ways, so he ran away in 1874 at the age of 14. Horn headed west…first to Santa Fe, then on to Arizona. By the time he was 15, he was an army scout and involved in many campaigns for more than a decade, including Geronimo’s surrender in 1886, in which Horn said he played a major role. During that time he also learned Spanish. As to his own account, Horn writing that he played a big role in the surrender of Geronimo, many historians doubt that, and actual accounts of that day indicate that Tom was there solely as a Spanish to English interpreter. After the surrender of Geronimo, Horn was discharged as a scout and reportedly mined for a while in Aravaipa, Arizona. Other than his autobiography, little is known about this period of his life for sure. We know that he was involved somehow with the Pleasant Valley War between Arizona cattlemen and sheepmen, but for which side is not clear.

It was during this time he decided to give law enforcement a try. In 1890, after proving himself during a short stint as a deputy sheriff in Arizona, Horn joined the Pinkerton Agency as a roving gunman, and using his gun with lethal effectiveness, tracked down dozens of outlaws, reputedly killing 17 men. He was pressured to resign by the agency, even though he was respected as a tracker. It seemed that with Horn came bad publicity. Horn decided to go it alone as a cattle detective, turning up in Wyoming in 1894 working for the beef barons. Horn denied killing anyone for the Pinkertons. Nevertheless, he was offering the same lethal services to the cattlemen, who were engulfed in what is known as the Johnson County War. As a “Stock Detective”, for each cattle rustler he shot, he charged $500-$600 and proved himself to be a methodical manhunter and ruthless killer. Horn once said “Killing men is my specialty. I look at it as a business proposition, and I think I have a corner on the market.”

After a short stint in Tampa, Florida working as a packer during the Spanish American War in 1898, Horn contacted Malaria and once mended, he headed back to Wyoming and returned to his dealings as a “gun for hire”. Records show that he was hired to stop cattle rustling in Brown’s Hole, Colorado in 1900, at which time he was going by the name James Hicks. He would boast in a letter, “I stopped cow stealing in one summer”, 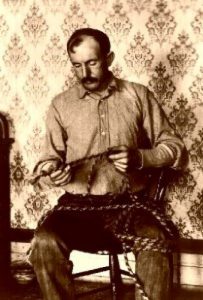 this being after he killed two area ranchers and scared the rest of the rustlers out of the area. In mid July, 1901, William Nickell, the 14 year old son of a sheep rancher, was ambushed and killed in the Iron Mountain region, allegedly due to a case of mistaken identity, as the bullet was meant for his father. About a week later, the boy’s father, Kels Nickell, was shot in the arm and hip during another ambush. U.S. Deputy Marshal Joe LeFors suspected Horn’s involvement. LeFors, wanting to gain a confession out of Horn, pretended to be in need of someone to take on a rustler clean up job in Montana. During this famous interview, Horn admitted to the Nickell’s shootings, not knowing that there was a court reporter hiding and taking notes. Ultimately, the interview would be his undoing. Although Horn alleged at his trial that he was drunk during the interview, he was found guilty on October 23, 1902, with the Wyoming State Supreme Court denying him a new trial. He was sentenced to hang, which was carried out in Cheyenne, Wyoming on November 20, 1903.