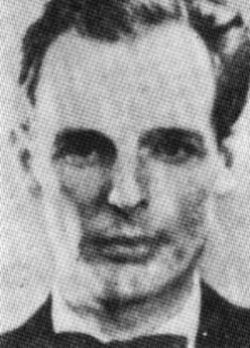 Donald Maclean and Guy Burgess were senior officials in the British Foreign Office and in 1951. They were trusted diplomats, but they had a dark side. They were well known to have left-leaning ideas, and eventually their ideas moved them so far out of line with the jobs they had that it was suspected, if not known that they had become spies for the Soviet Union. Maclean and Burgess were two of the original members of the notorious Cambridge Spy Ring, which was a ring of spies in the United Kingdom, who passed information to the Soviet Union during World War II. They were active at least into the early 1950s. Four members of the ring were originally identified: Kim Philby (cryptonym: Stanley), Donald Duart Maclean (cryptonym: Homer), Guy Burgess (cryptonym: Hicks) and Anthony Blunt (cryptonyms: Tony, Johnson). Once jointly known as the Cambridge Four and later as the Cambridge Five, the number increased as more evidence came to light.

The group was recruited during their education at the University of Cambridge in the 1930s…hence the term Cambridge. There is much debate as to the exact timing of their recruitment by Soviet intelligence. Anthony Blunt claimed that they were not recruited as agents until they had graduated. Blunt, an Honorary Fellow of Trinity College, was several years older than Burgess, Maclean, and Philby; he acted as a talent-spotter and recruiter for most of the group save Burgess. Several people have been suspected of being additional members of the group; John Cairncross (cryptonym: Liszt) was identified as such by Oleg Gordievsky, although many others have also been accused of membership in the Cambridge ring. Both Blunt and Burgess were members of the Cambridge Apostles, an exclusive and prestigious society based at Trinity and King’s Colleges. Cairncross was also an Apostle. Other Apostles accused of having spied for the Soviets include Michael Whitney Straight and Guy Liddell.

The group was radical in their dealings, so I’m not sure that anyone was overly surprised when both Maclean and Burgess disappeared from England in 1951, although they may have assumed that they were assassinated. For years there was no trace of them, and I suppose people began to forget all about them. Nevertheless, there were rumors that they had been spies for the Soviet Union and had left England to avoid prosecution. For five years, nothing was heard of the pair. British intelligence suspected that they were in the Soviet Union, but Russian officials consistently denied any knowledge of their whereabouts.

Then, on February 11, 1956, the pair resurfaced and invited a group of journalists to a hotel room in Moscow. Burgess and Maclean were there to greet them, give a brief interview, and hand out a typed joint statement. In the statement, both men denied having served as Soviet spies. However, they very strongly declared their sympathy with the Soviet Union and stated that they had both been “increasingly alarmed by the post-war character of Anglo-American policy.” They claimed that the decision to leave England and live in Russia was due to their belief that only in Russia would there be “some chance of putting into practice in some form the convictions they had always had.” They were convinced that the Soviet Union desired a policy of “mutual understanding” with the West, but many officials in the United States and Great Britain were adamant in

their opposition to any working relationship with the Russians. They concluded by stating, “Our life in the Soviet Union convinced us we took at the time the correct decision.”

While the surprise news conference solved the mystery of where Burgess and Maclean had been for the past five years, it did little to settle the question of why they had gone to the Soviet Union in the first place. Their statement also did not clear up the issue of whether or not they had spied for the Soviet Union. Evidence from both British and American intelligence agencies strongly suggested that the two, together with fellow Foreign Office workers Kim Philby and Sir Anthony Blunt, had engaged in espionage for the Russians. Both men spent the rest of their lives in the Soviet Union. Burgess died in 1963 and Maclean passed away in 1983. I don’t suppose we will ever know all of the British and possibly American secrets they shared with the Russians during those years, only that they were treasonous traitors.