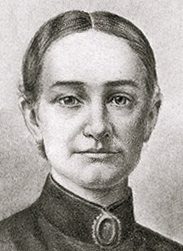 The old West was a rugged, unforgiving place, and for a long time it was thought to be a man’s place, and completely unsafe for women. Men went west, mined for gold, and came home to their families. A man would have to be insane to bring his wife and children to the West. Nevertheless, it was really only a matter of time before someone decided that the west was going to be settled, and it was going to take both men and women to settle the West…otherwise it was always going to be a job site and not a home. Someone had to make the first move, and I can imagine how the parents of those first women must have felt when their daughters told them they were moving out west. It must have been like thinking, “who was this idiot their daughter has married!” Of course, women had come as far as the Rocky Mountains, so going further wasn’t that strange, but it was still the unknown.

On this day in 1836, Narcissa Whitman arrived in Walla Walla, Washington, becoming one of the first Anglo women to settle west of the Rocky Mountains. Narcissa and Marcus Whitman, along with their close friends Eliza and Henry Spalding, had departed from New York earlier that year on the long overland journey to the far western edge of the continent. These days, that trip can be 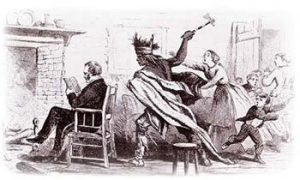 made in a matter of hours, but in those days, it took lots of planning and months to accomplish such a trip. The two couples were missionaries, and Narcissa wrote that they were determined to convert the “benighted ones” living in “the thick darkness of heathenism” to Christianity. I guess there was no specific word for Indians, or Native Americans back then, or she just liked her version better. Mission work was one of the big reasons for heading west…besides land, and gold, of course.

That summer when they crossed the continental divide at South Pass, Narcissa and Eliza became the first Anglo-American women in history to travel west of the Rocky Mountains. I suppose it was like going to another planet to the women, who went with no real idea of what they would be facing in the new frontier. Toward the end of their difficult 1,800 mile journey, the two couples split up, with the Spaldings heading for Idaho while 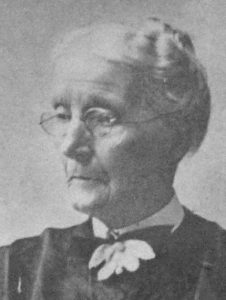 Narcissa and her husband traveled to a settlement near present-day Walla Walla, Washington, where they established a mission for the Cayuse Indians. I can only imagine how the two women must have felt, knowing that it would be a very long time before they had the company of another Anglo woman. For 11 years the couples’ missionary work went well, and they succeeded in converting many of the Cayuse to Christianity. Then in 1847, a devastating measles epidemic swept through the area, killing many of the Cayuse, who had no immunity to the disease, while leaving most of the white people at the mission suspiciously unharmed. Convinced that the missionaries or their god had cursed them with an evil plague, a band of the Cayuse Indians attacked the mission and killed 14 people, including Narcissa and her husband on November 29, 1847. Narcissa Whitman thus became not only one of the first white women to live in the Far West, but also one of the first white women to die there too. She was just 39 years old at the time she was murdered.