When we think of Nazi Germany, Hitler always comes to mind. We all know that he was an insane, murderous dictator, and that the people of Germany were afraid to stand up to him and his army. We know that he hated the Jewish people, even though he was part Jewish, and that later he also hated the gypsies. His hatred grew so strong that he enslaved and killed many thousands of these people, for no crime other than that they were Jewish or gypsies. During the years of Hitler’s reign, there were those who followed him because they agreed with him, those who just weren’t sure what they believed, and those who disagreed, but dared not oppose him. Children were often taken from their families and raised to be good Nazis. I’m sure this added to the number of people who agreed with Hitler, because it is a well know fact that children learn what they live.

Nevertheless, while many people think that all the German people agreed with Hitler’s ways, but in reality, that was not the case. As World War II started to turn against the Germans, and Hitler’s atrocities grew, growing numbers of Germans, both military and civilian…began conspiring to assassinate their leader. It was assumed that the masses were unlikely to turn on the man in whose hands they had placed their lives and future. That said, they knew that it was up to men close to Hitler…German officers, to remove him. Leadership of the plot fell to Claus von Stauffenberg, newly promoted to colonel and chief of staff to the commander of the army reserve. His position gave him access to Hitler’s headquarters at Berchtesgaden and Rustenburg.

Stauffenberg had served in the German army since 1926. He was a staff officer in the campaign against the Soviet Union. He became disgusted at his fellow countrymen’s vicious treatment of Jews and Soviet prisoners. He requested to be transferred to North Africa, where he lost his left eye, right hand, and two fingers of his left hand. After recovering from his injuries, Stauffenberg became determined to see Hitler removed from power by 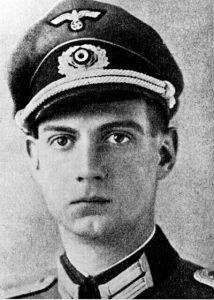 any means necessary. He traveled to Berchtesgaden on July 3 and met with a fellow army officer, Major General Helmuth Stieff, who gave him a bomb with a silent fuse that was small enough to be hidden in a briefcase. On July 11, 1944, Stauffenberg was summoned to Berchtesgaden to report to Hitler on the current military situation. He planned to use the bomb on July 15, but at the last minute, Hitler was called away to his headquarters at Rustenburg, in East Prussia. Stauffenberg was asked to follow him there. On July 16, a meeting took place between Stauffenberg and Colonel Caesar von Hofacker, who was another conspirator, in the Berlin suburb of Wannsee. Hofacker informed Stauffenberg that German defenses had collapsed at Normandy, and the tide had turned against them in the West. The assassination attempt was postponed until July 20, at Rustenburg. In the end, it wasn’t an assassin’s bomb that ended Hitler’s reign, but rather his own hands. Nevertheless, it wasn’t because the German people wanted him to continue to be their leader, because they definitely did not.