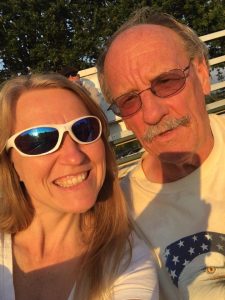 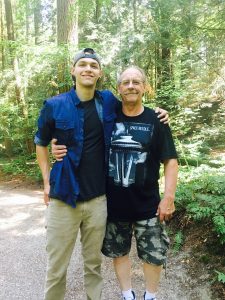 For quite a while now, my husband, Bob Schulenberg has been thinking of retiring. Then, with the economic downturn, he was offered an early retirement package, and it was such a sweet deal that he took it. By coincidence, his retirement came the day before a planned vacation to the Black Hills, so I don’t really think it sunk in that he was retired. It was just a vacation. Following the vacation and the retirement party that we threw for him, Bob set out on another trip. This one was to move our granddaughter, Shai Royce out to Washington to live nearer to her parents and her brother, Caalab. This trip was different in several ways. For one thing, I was not with him, so it did not feel like a normal vacation. For another, I was back at work, so it was odd that he wasn’t. I think it was during this trip that the realization began to come to him, that he was retired. Still, it was a little bit like a vacation, because he wasn’t at home either…he was still traveling.

Bob was gone ten days, and the trip was a lot of fun for him. He got to spend time with our daughter Amy Royce and her husband Travis, as well as their kids, Shai and Caalab, with whom he traveled to Washington. It 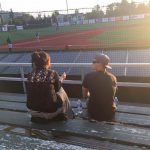 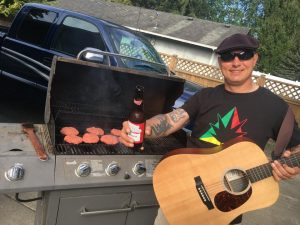 was such a great time. They treated him to all the fun things they could think of. During the days, while Amy and Travis worked, Caalab, who mostly works at night, and Shai who doesn’t have a new job yet, showed him all the sights of Bellingham. They went on the trails, and to the parks, as well as the many food places around. Then, when Amy and Travis were off, they had a barbeque, went to the beach, a festival in Seattle, a baseball game, and of course, a jam session with our own guitar players, Travis and Caalab Royce. Bob got to see their new home, and was quite impressed with their…BIG garage and bonus room, also known as the “House Divided” room, where half is decorated with Chicago Bears memorabilia and half with Green Bay Packers memorabilia.

The trip was over all too soon, but somewhere between the day he left, and the day he came back, Bob became a whole new man. He is more relaxed, less pressured, and maybe even quicker to laugh. I could say 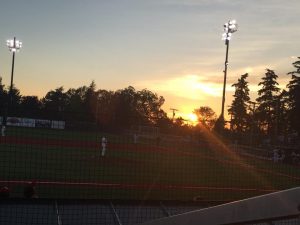 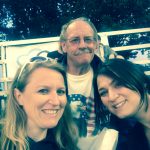 that the trip to visit our daughter and her family was good for him, and I would be right, because he had such a wonderful time, but this was something more. I think that during this trip, it suddenly hit him…”I’m retired!! I don’t have to go back to work when I get home…in fact, I don’t have a job to go back too. I can go home and do what I want to…when I want to.” Yes, Bob came back to me, a whole new man. Retirement looks good on him. I think I’m going to like this new relaxed man of mine. He really is…a whole new man!!

2 Responses to A Whole New Man