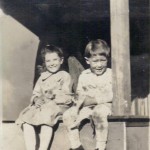 Having your child at work is not a new idea really. Many people have made arrangements with their boss, so that they could bring their little ones to work with them…at least until they are old enough to go to school full time. Sometimes, I think that every mom should be able to bring their baby to work while they are little. Daycare is expensive, and often makes it almost impossible for the mom to work outside the home, because they end up paying more for daycare than they earn…totally not worth it. I didn’t work when my girls were little, but when my daughters had children, they did work. While I didn’t have my grandchildren at my office all day, there were times when they did come to 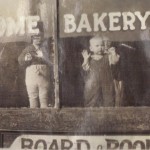 my office…times when they were not feeling well, were the main times. They couldn’t stay home alone, and yet their parents had to work. I was blessed in that I had a boss who allowed me to bring them to the office and let them sleep there. It made all the difference for my daughters.

Years ago, however, having the kids around was much more common. My grandmother, Anna Schumacher Spencer, ran a hotel when my Aunt Laura and Uncle Bill were little. Of course, the family lived at the hotel, so the kids were always at work 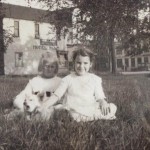 with their mom. Grandpa worked somewhere else, so Grandma was in charge of the hotel. I’m not sure where the bakery came in, but I do know that the patrons of the bakery would not have been surprised to see the little ones in the bakery when they came in to make a purchase. I think that it was common to the times, and maybe something that we all could take a lesson from. Life was about the family. Nothing was more important than that. The parents were involved with the kids, and the family ate their meals together, and spent time together. The parents were role models for the kids, and the television was not the place that they got all of their information. No, it wasn’t perfect, but maybe it was just a little bit more family oriented.