Honoring All Who Served

In every war, there are soldiers and there are those who serve in the background. Sometimes these people in the background have an astounding impact on the war effort. Such was the case, during World War II, when so many men were involved in the fighting, that it left very few people to work in the factories. It became obvious that the women were going to have to step up and help. Of course, it wasn’t all women either. My Uncle Bill Spencer did that work as well, because they wouldn’t take him in the service due to a hernia and flat feet. Uncle Bill, and his sisters, my aunts, Laura and Ruth Spencer, all worked at a job that would make the women famous as Rosie the Riveter. These people worked at jobs traditionally done by men, such as building bombers at Ford Motor Company’s Willow Run plant in Michigan, and the shipyards in Wisconsin, which is where my aunts and uncle worked. The work was different than work the women had done before, but they proved that they could do it. Their motto became just that…We Can Do It!! 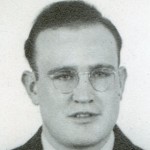 Now, seven decades later, and after several memorials in their honor, 30 of the “Rosie the Riveters” were honored with a trip to Washington DC to visit the National World War II Memorial. These women are in their 80s and 90s now, and it was a wonderful trip for them to go and see the memorial, pose for group photos with the US Capitol as a backdrop, have lunch at a Library of Congress building and visit Arlington National Cemetery. All that was awesome, but the real honor was that at every stop, people approached them, shook their hands, and said, “Thank you.” So often we overlook the opportunity to thank those who have served our country. We might feel like we are intruding, or don’t know what to say, or we just feel strange, but sometimes we need to set those feelings aside, so that we can honor all those who served…no matter in what capacity they served. 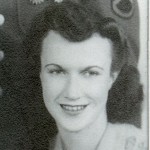 These women symbolized the American spirit that made this country great, and it is a spirit that needs to be brought back to this country. We are a great nation, with great people. When we make up our minds to do something, we get it done. The was the attitude these women took to the bomber factories and the shipyards. They decided that they could carry the load of the homefront to make the fighting men safer…and they did. I’m very proud that my Uncle Bill, and my aunts, Laura and Ruth were a part of such an elite group as these women who were honored today, I only wish they could have been a part of this trip. Both of my aunts are in Heaven now, and Uncle Bill is in a nursing home with Dementia, so they could not be there. Nevertheless, I’m very proud of all three of them…and these incredible women who were honored today.