The Spencer line in America began with four brothers who, along with one sister and her husband, immigrated to America in about 1630. The brother my family descends from is Michael, of whom the least is known. I’m not sure why so little is known about my ancestor, but I have decided to start a journey to find out…along with the journeys of so many others I’m working on. I hope not to hit a dead end. My sister, Cheryl Masterson inspired this new tangent I have set out on, when she asked me which line we came from. She and I are both members of the Spencer Historical and Genealogical Society’s Facebook group. Her thought was to see if there were other members who come from Michael Spencer’s line, but to date, there are not. Michael’s line is a bit of a mystery at this point. While we know that we and a number of other family members come from that line, we are not a group large in number.

So, let us begin. About five years after his arrival in America, that is, in or about 1635, Michael and his brother Gerard moved to Lynn, Essex County, Massachusetts, where Gerard reportedly appears as a journeyman in Lynn in 1635. Then we see that after the death of his brother Michael, Gerard was appointed administrator of his brother’s estate in 1653. So, what happened to Michael between 1635 and 1653. Michael married Isabel West in 1636, the year after his move to Lynn, Massachusetts. Isabel married a second time about a year after Michael’s passing, to a man named Thomas Robbins. Michael and Isabel were the parents of five children, John, Hannah, Susannah, Michael, and William. 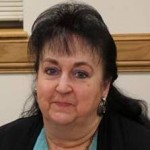 On September 1, 1634, Michael was granted four acres on the west side of the river in Cambridge. It was also recorded on October 10, 1635, that he owned one parcel on the south side of the river, also about four acres. And in the 1638 division of land at Lynn, Massachusetts he received thirty acres. Still, since he passed away at the very young age of just 42 years, I have to wonder if he was somewhat sickly. It’s possible that his sons worked the land in his stead. I have not found any indication of him being in poor health, but I also have not found any job that he held within the community either, so it makes me wonder.

On November 29, 1653, Michael’s brother Gerard was appointed administrator of Michael’s estate, and charged with the task of disposing of the estate for the needs of his children. The documentation states that the estate was small, and so it was necessary to sell it to help pay for the upbringing of his children. Bringing up five children is no inexpensive task…and at the time of Michael’s passing, none of the children were married yet. The older children might have been out of the home already, however, because on November 30, 1654 the court, with

Gerard’s consent and agreement gave some of the estate to Thomas Robbins, because he was raising one of the children, Michael, who was six years old. This was because Thomas had married Isabel.

That is about the extent of Michael Spencer’s story. His life was too short to have done very much with it, but he does hold as a claim to fame, the fact that he was indeed one of the original four Spencer brothers who was responsible for most of the Spencer line in America today. I can tell you that his children and other descendants faired nicely, however…because, my sisters and I are five of them. And there are many more, just in my grandparents family alone family alone…even if our total number is small.