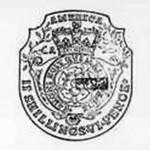 During the years that the colonies were still a part of Great Britain, it was necessary to have troops from Great Britain come and help to defend us during the French and Indian War which took place between 1754 to 1763, and Pontiac’s Rebellion from 1763 to 1764. These were quite costly wars, and to help with recuperate the losses, Great Britain enacted the Sugar Act, which while irritating to the people of the colonies, but it was hidden in the cost of import duties, and so the people accepted it. The enactment of The Stamp Act was a different story, however. The Stamp Act was a tax that Great Britain levied on just the colonies and was strongly disputed. So strongly in fact, that it led to the Revolutionary War.

The Stamp Act was not what people might think it was. It was not when the use of postage stamps were first introduced. The Stamp Act went so much further than that. The Stamp Act was designed to force colonists to use special stamped paper in the printing of newspapers, pamphlets, almanacs, and playing cards, and to have a stamp embossed on all commercial and legal papers. The stamp itself displayed an image of a Tudor rose framed by the word “America” and the French phrase Honi soit qui mal y pense, meaning ”Shame to him who thinks evil of it.” Of course, the cost of said paper was high, and the colonists ere outraged. This was taxation, without representation, and it was not going to be tolerated.

Massachusetts politician Samuel Adams organized the secret Sons of Liberty organization. They planned protests against the measure, and the Virginia legislature and other colonial assemblies passed resolutions opposing the act. In October, nine colonies sent representatives to New York to attend a Stamp Act Congress, where resolutions of “rights and grievances” were framed and sent to Parliament and King George III. Their voices landed on deaf ears, and The Stamp Act was enacted on this day, November 1, 1765.

The colonists acted quickly. The arrival of the stamps to stamp the paper brought violence and economic retaliation. The colonists began a general boycott of British goods. The Sons of Liberty staged attacks on the customhouses and homes of tax collectors in Boston. The protests and economic turmoil went on for months. Finally, Benjamin Franklin appealed to the British House of Commons. Parliament took a vote, and they repealed The Stamp Act in March 1766. The same day, they made the mistake of passing Declaratory Acts, stating that the British government had free and total legislative power over the colonies.

This would prove to be their downfall. Parliament attempted to force unpopular taxation measures on the American colonies in the late 1760s. This action lead to a steady, and eventually complete, deterioration in British-American relations that brought about the outbreak of the American Revolution in 1775, and the eventual Declaration of Independence of America from Great Britain. It was a hard lesson for Great Britain to

learn, and on that some political parties, namely the Democrats have not learned yet. When you tax the people too heavily, they will rebel, and the outcome will not be in the favor of that abusive government. If taxes are lower, the country will grow. Entrepreneurs will begin new ventures, and the country will prosper, and with prosperity, comes the natural process of more money to run the government. Ours is a nation of independent thinkers, and people of action. Taxes that are too high and unfair, stifle that independent thinking and slow down that action. It is just the opposite of what the proponents of a grossly obese government would expect, but it is nevertheless, the way it works. Our government would do well to realize that, and make a change.