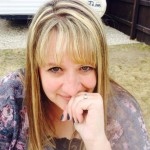 My nieces, Machelle Cook Moore and her sister, Susan Cook Griffith have both always been very sweet, loving girls. They have tender loving hearts. Machelle is the older sister, and there are five years between the girls, but they are just as close as they can be. Both of the girls love to go camping and to be outdoors in general, which is nice for their families. The summers are filled with trips to the Big Horn Mountains in northern Wyoming, which is where they live.

It is there, however that many of the similarities between the girls end. Machelle and her husband, Steve have two sons, Weston and Easton, while Susan and her husband, Josh have a blended family with two daughters. I have found that when a woman has just sons, her life is much different than when a woman has just daughters. That is an observation that I have made from my own life, because I also have two daughters and no sons. Boys tend to change a woman…even if 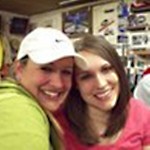 she is a girly girl. There is simply a culture shock that comes from having a house full of men. Maybe it is the same for the fathers of just daughters, and in reality, I’m sure that is true, but since I am a woman, I can’t speak to the culture shock a man of only daughters really feels, other than outnumbered. But then again, I’m sure that the mother of just sons, feels the same way. I know my own daughter, Corrie Petersen feels outnumbered a lot. I’m sure that Machelle has the same issues, and the older the boys get, the more they like to tease their mothers. That is a guy thing for sure.

Life with boys is rough and tumble, and in many ways a little bit gross. Because that is what boys do. It is filled with spiders, snakes, bats, and toads, or at least some kind of a mixture of these and more. The mother never really knows what she might find in the pockets of her little…angels. She can never be 100% sure that they won’t completely embarrass her with their noises, because to them that sort of thing is…well, funny. For most 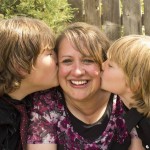 girls, these kinds of things would be more embarrassing to the girl than to her parents…not so with boys. With boys, all bets are off, and their mom had better expect the unexpected…at all times. I know that those who have boys know exactly what I’m talking about.

Machelle and Susan are alike in many ways, but their lives are very different. I know that they wouldn’t trade their lives for anything, but I’m sure that they’ve had a few conversations about just how different their lives are too. I don’t think either of them could fully believe the differences unless they see it for themselves, however. Today is Machelle’s birthday. Happy birthday Machelle!! Have a great day!! We love you!!

3 Responses to Life With Boys