In a war, secrecy is vital. The different sides must take whatever steps necessary to inform their troops and allies of their next step, without revealing the plan to the enemy. In World War II, America and her allies were having trouble with the level of secrecy they were able to achieve. It seemed that no matter what code they used, it was broken almost immediately. It did not help matters that many of the Japanese cryptographers had been educated in the United States. They spoke very good English, and they were very amazingly adept at breaking top secret military codes. For America and her allies, coming up with newer and more complicated codes was becoming more and more difficult, and the Japanese cryptographers seemed to break the new codes almost as quickly as they were developed. They were in real trouble. Then someone remembered a type of code that had been used in World War I, and things began to look up a little for America and the allies. The code was the use of Code Talkers from the Choctaw tribe.

That someone was war analyst Philip Johnston. Phillip, an American who fought in World War I, stationed in France, was too old to fight in World War II, but he wanted to aid in the effort anyway. As a boy, he spent time 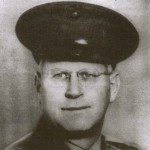 In mid-April of 1942, Marine recruiting personnel went to the Navajo Reservation, and presented their plan. They enlisted thirty volunteers from the agency schools at Fort Wingate and Shiprock, New Mexico and Fort Defiance, Arizona. It would be a tall order for these volunteers. Each one had to be fluent in Navajo and English, but they also had to be physically fit, because they would be messengers in a combat zone. They were told that they would be specialists in the United States as well as over seas. Some of them were underage, but birth records on the Reservation were not well kept, so it was easy for volunteers to lie about or just not know their true age, and so they could participate. Carl Gorman, a 36-year-old Navajo from Fort Defiance, was too old to be considered by the Marines, so he lied about his age in order to be accepted.

Because the Navajo language was complicated, and due to the many different dialects, the Japanese could 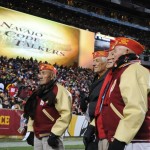 never crack the code. They even captured a Navajo soldier and made him listen to the talk for hours, but because he had not been trained, he was still unable to crack the code. By 1945, there were about 540 Navajos who served in the Marines, and of those 375 to 420 were trained as code talkers. The rest served in other capacities. The code talkers payed an instrumental part in the success of the war effort. On June 4, 2014, Chester Nez, the last living original code talker, passed away. Once, in an interview he said, “My first transmission—one that did not involve coordinates—was one I will always remember: Beh-na-ali-tsosie a-knah-as-donih ah-toh nish-na-jih-goh dah-di-kad ah-deel-tahi, which translates to: Enemy machine gun nest on your right flank. Destroy.” These were great men, and our nation owes them a debt it can never repay.