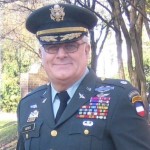 I have been telling you about some of the family connections I have made recently, and how surprised I have been at just who some of these people are. It isn’t always about them being famous, but rather about what amazing things they have done in their lives. So often we don’t hear what our family members have accomplished…mostly because they are too humble to really share all of their accomplishments. Recently, I made a family connection with the Noyes side of my husband, Bob Schulenberg’s family. This would be Bob’s grandmother, Nettie Noyes Knox’s side of the family. The connection was one that in all reality, I stumbled on. I had been searching for information…over a year ago, and I had copied the web addresses of several sites I thought might help, and put them into a Word document. There they sat for far too long. Finally, I found the time to check on one of them, and found the email for Paul Noyes. What an amazing find that was!!

Paul has blessed me with information that I hadn’t found, and I sent him some pictures I had of Noyes family members, to add to his tree. Then he sent back more information on one of the pictures I sent him. He had no idea where that would lead…but I knew, because I had been thinking about a story about him and his family since I received his first response to my email. I love making these new connections, but some of them turn into a great cousinship and friendship too, and those are the most special ones, for sure. I had sent a picture of Eugene Noyes Jr in uniform…but Paul knew from looking at the uniform, that the uniform was from World War II. He knew this because of the 15th Army Air Forces shoulder patch on the uniform. I suppose I might have caught that too, since I had seen my dad’s 8th Army Air Forces shoulder patch, but it was simply something I didn’t notice at all. 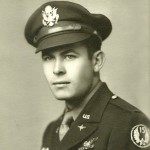 In my defense, I am not a retired after 22 years veteran…and Paul is. Well, that got my curiosity going again. I asked Paul to tell me about his service time. True to the form I have seen with most military men and women…a humble breed…Paul told me a little bit about what he did. He spent most of his 22 year Army career was as an Army aviator. He started out as an Airborne Ranger, then served in Vietnam in Special Forces, where he was wounded. While recovering from the wounds, he was selected for flight school and served in Army Aviation special ops. I did a little research on what Special Operations does exactly, and this is the summary I came up with, “Conduct global special operations missions ranging from precision application of firepower to infiltration, aviation foreign internal defense, exfiltration, resupply and refueling of SOF operational elements.” If you’re like me, that doesn’t clarify much. Upon further research, I found that much of what Special Operations did in Vietnam was to train groups of the Vietnamese Army so they can train the remaining army members. Of course, I am probably generalizing Special Operations to a large degree, and I will have to ask Paul to tell me more about it as soon as I have a chance.

After he was wounded, Paul’s entire career changed when he was selected to become an Army Aviator. Having worked with a pilot for over 18 years now, I have had the opportunity to fly…and I use the term loosely…a small 4 seater plane. Basically what I really did was steer it, and I didn’t do that so well, because it kept climbing, and had to be brought back to level. It was an opportunity given to me with no preparation, and I really enjoyed it. I think to a degree, that is what happened with Paul too. After being wounded, he was given an opportunity to switch gears and do something he never expected to do, and he excelled at it. That is an 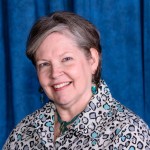 awesome career change, and one I look forward to hearing more about.

Of course, in a 22 year career, Paul was also building a family. He was married to his lovely wife, Elizabeth, who is an author, and after collaborating with 11 other authors on a book called “A Dozen Apologies”, she released her first book this past August, called “Imperfect Wings”. I look forward to reading both. Paul and Elizabeth have two children, daughter Shari and husband Jimmy Nardello, and their children Cameryn and Reid; and son Chris who is married to Dr Christina Noyes, and they have a son named Owen. I am really looking forward to getting to know these wonderful, new to me cousins as time goes on.