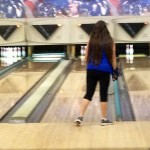 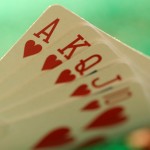 Monday nights during the school year, basically September to late April or early May, Bob and I bowl on a league at Sunrise Lanes in Casper. There are a few fun things we do there, like bowling poker, pushing nickels, and the high game pot. I don’t often win the poker hand for some reason, but I continue to play anyway. I suppose that the winners vary pretty well, but it does sometimes seem that the same people win a lot. It really doesn’t matter, since it’s only a dollar a game to get in. Obviously, the more cards you get the better your chances of winning, and I’m not a bad bowler, so I usually get enough cards to have a fair shot…since two cards are taken for every strike and converted split, and one for every spare.

I don’t play poker any other time, but in years past, I played Cribbage with my Uncle Bill when he would visit or we would visit there, and Spades with Bob’s grandfather whenever we would go to visit in Forsyth, Montana. Those are always fond memories for me, because these men were two people that I very much enjoyed spending time with. They were also pretty much the only people who I played cards with…not because I refused to play cards with anyone else, but simply because they were the only ones I knew who really played cards much.

As I was gathering my cards to turn them in at the end of the game at bowling on Monday night, I looked at them, and decided that they were really a particularly bad hand. Almost nothing matched, and nothing lined up for a straight or flush either. Without thinking, I made the comment that I had a hand like a foot. That was something I hadn’t thought of in years. I thought that it was Bob’s grandfather who used to call it that, but then I thought maybe it was my Uncle Bill. I honestly am not sure, but I know that I always thought that was quite funny. Nevertheless, it described the hand that I had quite well.

I haven’t played regular cards in a number of years now, but in many ways, I think I miss that. I know it really isn’t about the card game, but about the time spent with those two dear men. We always related so well to 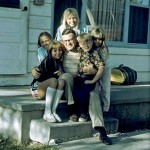 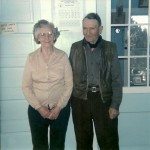 each other, and I miss the fun times we had. Bob’s grandfather is gone now, having passed away ten years ago on October 22, 2004. While my Uncle Bill is still living, Alzheimer’s Disease has taken many of his memories away from him now, and I am simply thankful that he knew who we were after we told him that we were his brother’s family, when we visited him recently. Cribbage came up, but I’m not sure he would remember how to play anymore. Whichever of these two dear men used to say, a hand like a foot, no longer really matters, because I don’t think I will ever hear that again, except in my own memory.