I Consider Her My Sister 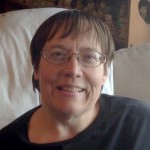 In the early years, Caryn spent most of her time raising her two girls, my nieces, Corrie and Amy. Then, along came her four grandchildren my Great nieces and nephews, Chris, Shai, Caalab and Josh. All of them were true gifts to Caryn. She really enjoys being a Mother and Grandma.

A few years back when Caryn’s Dad, Al Spencer suddenly became very sick she became an instant caregiver to him. She had help from her Mom, Colleen and her sisters Cheryl, Caryl, Alena, and Allyn along with all of their children and grandchildren…it took all of them. They all then became caregivers for Caryn’s Mom, Colleen when she became ill and they are still caring for her and doing a great job of it.

Then as if Caryn didn’t have enough on her plate she became a caregiver to my parents, Walt and Joann Schulenberg. She had help from myself and my siblings, Bob, Jennifer, Debbie, and Ron along with my nieces and nephews, Corrie, Amy, Machelle, Susan, Barry, JD, Eric, Riley, and Tucker, all of my great nieces and nephews and my Aunt Margee Kountz and her Granddaughter Staci. Everyone helped when they could, in any way they could even if it was just to stop by or call for a visit…..but we could not have kept either one of my parents at home as long as we did without Caryn. She was their primary caregiver and didn’t bat an eye about doing it. She is still helping with my Mom by checking on her almost daily out at Shepherd of the Valley Care Center & going to all of her doctor appointments with her and keeping all of us up to date as to how she is doing.

Last October when I got sick….who did I call 1st? No, not ghost busters….I called Caryn? She convinced me that I needed to get checked out to see what was wrong. She was with me all the way…from going to the hospital, to my rehab at Elkhorn…and then once I was home she would do whatever I needed help with. She even stayed the first two nights at my house because she didn’t want me to be by myself. Caryn and my sister Jennifer….and my entire family, friends and coworkers have all been very supportive during my long recovery & weight loss. I couldn’t have done it without all of them.

heart to care for all four aging parents and myself.

She is one of the best Sisters-in-law (I consider her my Sister) that I could ever ask for and I know that my Parents felt the same way….she was and is one great Daughter-in-law.

Today is Caryn’s birthday and I just want to say Happy Birthday Caryn. We love you and appreciate you very, very much!

3 Responses to I Consider Her My Sister