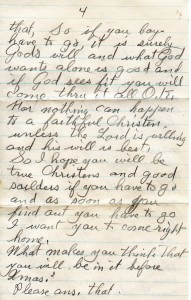 2 Responses to A Mother’s Fears