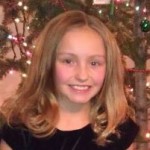 My grand niece, Jala has very specific ideas about what she likes and what she doesn’t. Jala is 10 years old today, and when asked what she wants for her birthday, she said, “A yellow blanket, because it will match Sponge Bob!!” Now this is not an unusual request for Miss Jala, who is a collector of blankets. In fact, she has been collecting them for some time.

No blanket owner is safe from Jala. When she goes to her grandma’s, if my sister-in-law, Debbie, Jala’s grandma is making a quilt, well, it’s very likely that it will be leaving the house in Miss Jala’s arms. Debbie find’s it very hard to say no, so the best solution is to hide all quilts when Jala is on her way over. And Jala’s mom has an even bigger problem…where to put this massive collection of blankets. She can’t pack them away, because Jala wants different ones at different times, and remembers each and every one that she has. Before Susan’s younger daughter, Kaytlyn came along, the blankets took up the whole top of her closet, but now, she could really use the space for Kaytlyn’s things. Susan doesn’t mind having her daughter collect something, but she does hope that soon it will be something…smaller, maybe!!

As I said, Jala has very specific ideas about what she likes. And Jala loves her grandma’s dog, Sparkie. Since Debbie and Lynn got Sparkie about a year ago, Jala pretty much lives at her grandma’s house. She has taken it upon herself to train Sparkie to fetch, walk on a leash, sit, roll over, and shake hands. And this love is totally mutual, because Sparkie goes crazy when Jala shows up. They are almost inseparable. 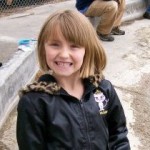 Debbie and Lynn had to be in Casper last week, and Jala was very excited, because Sparkie was going to spend a few days at her house. Jala had great plans. Sparkie was going to sleep in her bed, and they were going to play all day. Unfortunately, things didn’t go quite as planned. Susan’s husband Josh was working that first night, and in the middle of the night, Susan woke up to find both of her daughters in bed with her. So…where was Sparkie? Well, Sparkie was sleeping peacefully downstairs in the dog kennel, with the door wide open. Unfortunately for Jala, Susan had told her sister, Kaytlyn that she could sleep with Sparkie the next night. Sorry Jala, but I hope your birthday is super!! Happy birthday!! We love you!!