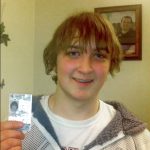 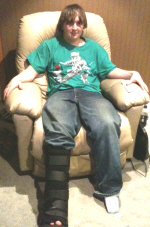 3 Responses to What A Way To Start Sixteen