A Man Of Integrity 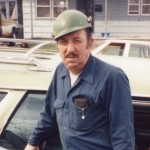 We all have people that we look up to. Someone who inspires us…makes us want to be better than we are now. For me that person is my dad. My dad was the type of person who worked hard every day of his life to give his family the best he could. He sometimes worked two jobs to make ends meet in the tough times, and he never complained. He just took in all in stride. The love he felt for all his girls, my mom, my sisters, and me, was first and foremost on his mind. He was a person we could go to in times of trouble, worry or fear. He never looked at us as if we were being silly or ridiculous, but took our problems seriously, and did his best to help us with whatever it was.

My dad was not a man to cuss or to do anything that displayed a lack of self control. He was very slow to anger and quick to forgive. He hated injustice and even more, he hated disrespect, especially of the rights of other family members. He taught us to be the same, especially stressing that we “never let the sun go down on our wrath” or be quick to forgive and ask for forgiveness. We knew from an early age that to hold a grudge was wrong and only hurt the person who held a grudge. I can’t say that I have never held a grudge, but his words are something I have never forgotten and have tried to live by.

My dad had a kindness about him. He never liked it when people were mean to other people. He didn’t care what faults people had. They were people and should be treated with respect. He taught us to speak respectfully to others, especially our elders, something that we often see sorely lacking in today’s society. He taught us not to judge, because we had no way of knowing the whole story 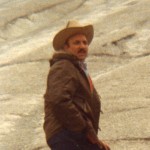 behind someone else’s actions.

There are many ways that I know I have not measured up to what my dad was, nor will I ever be able to. My dad was a rare breed. A gentleman in a time when they often didn’t exist. Kind when the style was to ridicule and tease others. Loving, when I was being rude, insesenitive, and unloveable. And mostly a friend and helper in time of need, but always, always a dad, who could be counted on in every way a dad should be able to be counted on. A dad who is there to guide, protect, teach, and nurture his children. I really miss that…love you Dad!!