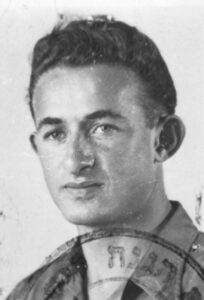 What would you do if your life had been ripped apart by a group of people who really knew nothing about you or your people, but hated you and them anyway. That was the position in which Joseph Harmatz found himself. Born in Rokiškis, Lithuania into a prosperous family, Harmatz and his family were transferred to the Vilnius Ghetto on January 23, 1925, after the occupation of Lithuania by Nazi Germany. It was the worst time in his life. His youngest brother and all of his grandparents were killed and his older brother died during a military action. His despondent father committed suicide. Harmatz was left alone with his mother at the age of 16. He couldn’t stand the way things were, so he left the ghetto through the sewers and joined a band of guerrillas fighting the Nazis. Harmatz managed to survive the Holocaust, and after the war, he became part of Nakam (Hebrew for Revenge) also known as the Avengers. The Nakam was a group of 50 former underground fighters led by Abba Kovner. Their goal was to avenge the deaths of the six million Jewish victims of Nazi extermination efforts in the Holocaust. The true goal according to Harmatz was to facilitate the death of as many Germans as possible, with the group planning “to kill six million Germans, one for every Jew slaughtered by the Germans,” acknowledging that the effort “was revenge, quite simply. Were we not entitled to our revenge, too?”

Their main target was Stalag XIII-D, a prisoner-of-war camp built on what had been the Nazi party rally grounds in Nuremberg. Interned in the camp were 12,000 members of the SS (Schutzstaffel or Protection Squads). These prisoners were involved in running concentration camps and other aspects of the Final 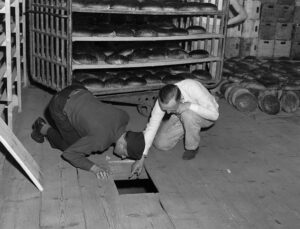 Solution…Nazi Germany’s horrific policy of deliberate and systematic genocide across German-occupied Europe. In April 1946, a member of the Nakam got a job as a baker, and he had a plan. He baked arsenic into 3,000 loaves of bread that were to be fed to the prisoners. Nearly 2,000 prisoners became ill and were thought to be seriously ill. American authorities thought that the arsenic had got onto the crust of the bread by accident, having been used as an insecticide in the wheat fields. During the investigation, United States Army investigators found enough arsenic to have killed 60,000 people and Nakam claimed they had killed several hundred victims, but declassified documents obtained by Associated Press in 2016 stated there were no casualties.

According to Harmatz’s son, his father had no regret for his attempts to kill the German prisoners. He said he was only “sorry that it didn’t work.” Harmatz wrote a book in 1998, called “From the Wings” in which he stated that the poisoning plot had the approval of Chaim Weizmann, though David Ben-Gurion and Zalman Shazar were both against the plan. An earlier attempt to poison the water in a number of German cities failed after 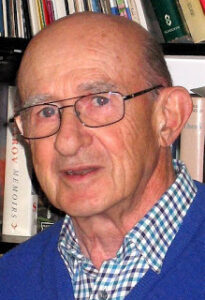 Kovner was arrested by British forces on a ship on which the poison had been hidden, and had been thrown overboard to prevent its capture. The group was so filled with hatred that they wanted all Germans killed, even if they had nothing to do with the Holocaust. Looking back, after much soul searching, Harmatz was thankful that the plot to poison the water supplies in German cities had failed, saying that it “would have harmed efforts to create an incipient State of Israel and would have led to charges of moral equivalence between actions of Germans and Jews. Another effort to kill Nazi war criminals on trial at Nuremberg failed when the group was unable to find any US Army guards willing to participate.”

Harmatz emigrated to Israel in 1950, and worked to aid Jews resettling from countries around the world. He headed World ORT, a Jewish non-profit organization that promotes education and training in communities around the world, from 1960 to 1994. A long-time resident of Tel Aviv, Harmatz died at at his home on September 22, 2016. He was 91 years old, and was survived by two sons.