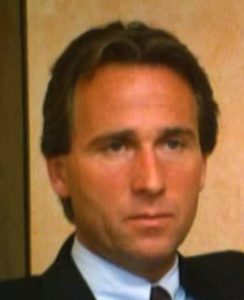 Rolf Mengele was born in March 16, 1944 in Freiburg, Germany to Irene Schoenbein and Dr Joseph Mengele…also known as the Angel of Death, but his father went into hiding after the war, and escaped to Argentina in 1949. Because of this, Rolf grew up in a loving home with his grandparents and his mother. He didn’t meet his father until he was a teenager, because he was told that he was dead.

When he turned 16, Rolf learned that his father was actually alive when Joseph made contact with him. It was an unhappy revelation for him. His father made attempts to bond with him through letters, even writing and illustrating a children’s book for him, but to no avail. His father’s attempts didn’t stop the feelings of disgust he felt about his father’s beliefs and actions. Still, at 16, he felt a curiosity about his dad, and wanted to meet him. Since Joseph Mengele was still wanted by Nazi-Hunters, for his war crimes, it took Rolf 5 years to arrange a trip to Brazil to visit his father.

Rolf had to travel under a stolen passport, but he wanted to go, because he wanted to understand how his father could have been an active participant in the Nazi death machine. He didn’t wait long, after his arrival, to bring up the subject of Auschwitz. His dad immediately became defensive, denying any responsibility for the atrocities, but actually admitting to participating in the nightmare “experiments” that the Jewish people were subjected to. He acted like he was doing them a favor, saying, “What was I supposed to do with those people? They were sick and half-dead when thy arrived.” He tried to tell his son that all he was doing was to determine who was fit to work. He actually claimed to have saved several thousand people by allowing them to work.

After his visit, Rolf found it “impossible to betray his father’ location,” but his feelings of disgust remained with him for the rest of his father’s life. Rolf says, “I didn’t even bother to listen to him or think of his ideas. I simply rejected everything he presented. I will never understand how human beings

could do those things. That my father was one of them doesn’t change my opinion.”

Joseph Mengele’s health began to deteriorate in 1972. In 1976 he suffered a stroke. Then on February 7, 1979, he had another stroke while swimming in the Atlantic Ocean off of Bertioga, Brazil during a visit with friends. He drown and was buried under the alias of Wolfgang Gerhard, which he had been using since 1971. Rolf abandoned the Mengele name in 1980, taking his wife’s last name to spare his children the burden of their grandfather’s past. Rolf and his family live in Freiburg, Germany, where he is an attorney.