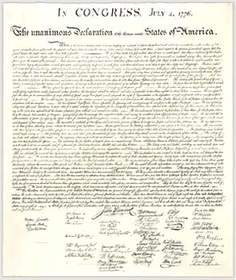 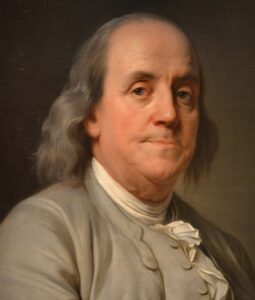 When a country is fighting for recognition, one of the most important events is when other countries recognize your country as being an independent nation. It’s rather hard to conduct business with other nations, if you are viewed as a rouge or non-existent nation. That was the position the United States found themselves in right after the Declaration of Independence was adopted. Just because a country adopts its declaration of independence, doesn’t mean that it’s a done deal. That document can and has been the cause of major wars. The United States was no exception on the war end of that either. They fought long and hard to win that declared independence from Great Britain.

Finally, the coveted recognition came when on December 17, 1777, the French foreign minister, Charles Gravier, count of Vergennes, officially acknowledged the United States as an independent nation. It came after news of the Continental Army’s overwhelming victory against the British General John Burgoyne at Saratoga. The victory gave Benjamin Franklin new leverage in his efforts to rally French support for the American rebels. Although the victory occurred in October, news did not reach France until December 4th. Remember that this mail system was worse than “snail mail” ever was. Messages had to be sent by ship across the ocean.

Benjamin Franklin had quickly mustered French support upon his arrival in December 1776. France’s humiliating loss of North America to the British in the Seven Years’ War made the French eager to see an American victory. Still, the French king worried about the consequences of backing “the rebels” openly. You can’t really blame him because an act like that could bring war to his own country. Still, he did back them in every other way. In May 1776, Louis XVI sent unofficial aid to the Continental forces and the playwright Pierre-Augustin Caron de Beaumarchais helped Franklin organize private assistance for the American cause.

Benjamin Franklin, who often wore a fur cap, captured the imagination of Parisians as an American man of nature and his well-known social charms stirred French passions for all things American. His personality made him the toast of Parisian society. He was very knowledgeable, and he had a way of enchanting groups of people 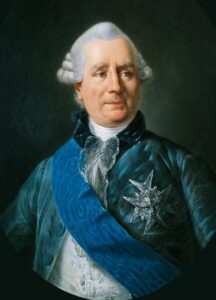 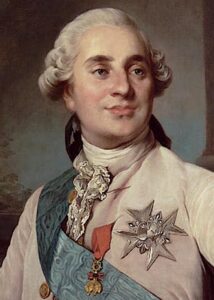 with his wide-ranging knowledge, social graces, and witty conversation. Nevertheless, he was not allowed to appear at court, so any legal assistance he might have offered in the defense of the United States, was never heard.

Finally, with the impressive and long-awaited rebel victory at Saratoga, Louis XVI was convinced that the American rebels had some hope of defeating the British empire. His enthusiasm for the victory paired with French Foreign Minister Gravier’s concern that the loss of Philadelphia to the British would lead Congress to surrender, gave Franklin two influential allies with two powerful, albeit opposing reasons for officially backing the American cause, and so it was that a formal treaty of alliance with the United States followed on February 6, 1778.