The Mystery of Flight 629 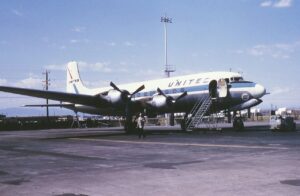 United Air Lines Flight 629, registration N37559, was a Douglas DC-6B aircraft also known as “Mainliner Denver.” The regular route for the flight was from New York City to Portland, Oregon, and then on to Seattle, Washington. This flight made one stop in Chicago and one in Denver. On November 1, 1955, United Airlines Flight 629 left New York City’s La Guardia Airport. It made a scheduled stop in Chicago before continuing to Denver’s Stapleton Airfield and landed at 6:11pm, eleven minutes late. Other than being eleven minutes late, the flight had been completely routine. The plane was refueled with 3,400 US gallons of fuel and had a crew replacement in Denver. Captain Lee Hall, aged 41, a World War II veteran, assumed command of the flight for the segments to Portland and Seattle.

The flight departed Denver at 6:52pm. The flight’s last transmission came at 6:56pm, stating it was passing the Denver omni. Then, just seven minutes later, the air traffic controllers at Stapleton saw two bright lights suddenly appear in the sky north-northwest of the airport. Then, 30 to 45 seconds later, the lights fell to the ground at roughly the same speed…followed by a very bright flash originating at or near the ground. The flash was so intense that it lit up the base of the clouds 10,000 feet above the ground. The whole thing was quite strange, because there were no distress calls from aircraft in the area. They immediately contacted all aircraft flying in the area. The received responses from all the flights, except for Flight 629. The crash of Flight 629 killed all 39 passengers and five crew members.

There was nothing wrong with the plane. The pilots were not ill, nor were they insane. So, what could have brought down the plane? The initial investigation left the authorities stumped. The tail section had apparently been cleanly severed from the plane, almost as if it were cut off by a knife. The FBI consulted the Civil 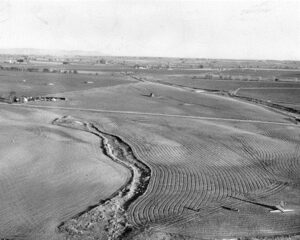 Aeronautics Board (CAB) regarding the tail section. The eyewitnesses all said the same thing. They saw a fiery explosion in the air with flares streaming down and a second explosion on impact. That would also explain the two lights falling to the ground at about the same speed, but separately. It became very apparent that there had been an explosion mid-air, that actually caused the crash, but what caused the explosion.

The investigation focused on the luggage and a possible bomb. They looked at passengers with insurance. The focus moved to Denver locals, looking for personal enemies. One insured was local resident Daisie Eldora King, a 53-year-old Denver businesswoman who was traveling to Alaska to visit her daughter. They located her handbag and found a number of newspaper clippings containing information about King’s son, John Gilbert Graham, who had been arrested on a forgery charge in Denver in 1951. Graham was always bitter over his childhood. His mother had placed him in an orphanage as a child. Strangely, he alone was the beneficiary of both her life insurance policies and her will. Agents also discovered that one of Mrs King’s restaurants, the Crown-A Drive-In in Denver, had been badly damaged in an explosion. The suspicions were growing. Graham had insured the restaurant and then collected on the property insurance following the blast.

Agents searched Graham’s house and automobile. In the garage they found wire and other bomb making parts that were identical to those found in the wreckage. They also found an additional $37,500 ($379,300 today) in life insurance policies. The problem…Mrs King had not signed either these policies or those purchased at the airport, rendering them worthless. Graham denied putting a bomb in his mother’s luggage, saying she had packed it herself. His wife, Gloria contradicted his story, saying that Graham had wrapped a “present” for his 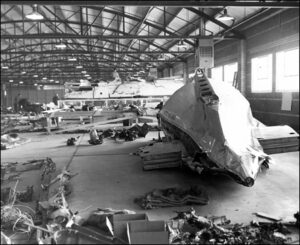 mother on the morning of Mrs King’s flight. Finally faced with mounting evidence against him, Graham admitted to having placed the bomb in his mother’s suitcase, telling the police on November 13, 1955, “I then wrapped about three or four feet of binding cord around the sack of dynamite to hold the dynamite sticks in place around the caps. The purpose of the two caps was in case one of the caps failed to function and ignite the dynamite … I placed the suitcase in the trunk of my car with another smaller suitcase…which my mother had packed to take with her on the trip.” The hatred and bitterness of one man, took the lives of 44 people, and destroyed the lives of their loved ones.