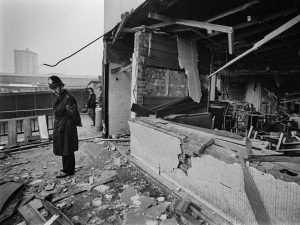 On November 21, 1974, after two Irish Republican Army (IRA) bombs exploded in two separate Birmingham pubs, killing 21 people and injuring hundreds, an investigation was opened to find the culprits. Almost immediately, the investigation centered on six men, later known as the Birmingham Six. For years the IRA and the British government had been at odds over the status of Northern Ireland, in fact you had to be hiding under a rock if you didn’t know about it. Still, on that November day, it all came to a head. The bombs exploded, destroying everything and killing or hurting everyone in sight.

The most immediate reaction of the British government was to outlaw the IRA. Virtually overnight, they were declared a terrorist group in all the United Kingdom. Thus began the worst miscarriage of justice in British history. Immediately, authorities rushed to arrest and convict the IRA members who were responsible for these horrific acts. Six Irish suspects were picked up. They were Hugh Callaghan, Patrick Joseph Hill, Gerard Hunter, Richard McIlkenny, William Power, and John Walker. During interrogation, four of the men signed confessions, which made no sense, because even the IRA, which had claimed responsibility for the Birmingham bombings, said that the six were not members of its organization.

That begs the question, that if the IRA claimed responsibility and specifically said these men were part of their organization, how could these men be tried, found guilty, and sentenced. Nevertheless, they were, and they 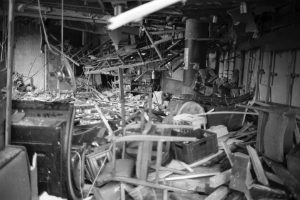 served 16 years before something was done about it. These men declared their innocence almost from the beginning…if you take the signed confessions at face value, and assume they were not coerced. The men stated and never wavered, that the police had beaten the confessions out of them. Many people would agree. Of course, the prosecutors denied this and also came up with forensic evidence that apparently proved that the Birmingham Six had handled explosives shortly before their arrest. It appeared that they just wanted to get a conviction so things could settle down. I’m sure they were under a lot of pressure to solve the crime.

Following their convictions, the men were sentenced to lengthy prison terms. In all they spent 16 years in prison, before something changed. I’m sure they thought they would never be free again, but their convictions were declared “unsafe and unsatisfactory” and quashed by the Court of Appeal on 14 March 1991. Apparently, this all came about as a result of the widespread questioning of their guilt by the British people. They started seeing that things just didn’t add up, and yet, here were these men, locked up and seemingly innocent of any crime. In the face of all this, the British authorities released the so-called “Birmingham Six.” The six Irish men who had been sent to prison 16 years earlier for the 1974 terrorist bombings of two pubs in Birmingham, England. To further prove the error, in 1985, the forensic evidence was exposed by scientists as unreliable at best!! The nightmare for the Birmingham Six was coming to an end, and the nightmare for the British government was just beginning. In 1987 an appeals judge conceded that the same results could be obtained 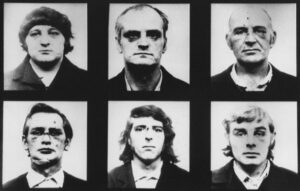 from testing people who recently touched playing cards or cigarette paper, and yet these men were convicted of a bombing based on that same lack of credible evidence. Even with all that information, it took until March 1991, before the people across Britain and Ireland began calling for their release. Finally, they were freed after years in prison. They were free, but their story didn’t end there. Seven years later, a British court of appeals formally overturned their sentences, citing serious doubts about the legitimacy of the police evidence and the treatment of the suspects during their interrogation. The six men were later awarded compensation ranging from £840,000 to £1.2 million.