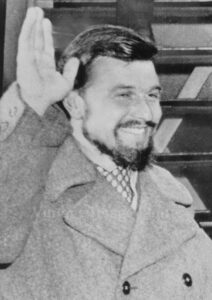 To most of us, committing espionage against our own country is…unthinkable, but there are those among us who wouldn’t give that a second thought. I think most countries have spies who do their best to find out information about another country, and I suppose that by design, that would mean that someone would have to commit espionage. I guess the two would go hand in hand, and it would depend on just how loyal a person was as to the limits they would go.

George Blake, who was born George Behar on November 11, 1922, was a British MI6 agent, and at one time thought to be a loyal agent, but during his time as a prisoner of war in Seoul, during the Korean War, he was apparently converted into a Communist, and strategically set up to be a double-agent. I suppose there is a number of prisoners of war who traded secrets for life and freedom from torture, and some who honestly changed their viewpoint, but to me it is outrageous. George Blake must

not have seen it that way, because he was a double-agent until he got caught in 1961.

During his active double-agent years, he is believed to have betrayed the names of more than 40 British agents to the Soviets. Many of those he betrayed disappeared and were thought to have been executed. His betrayals basically destroyed British secret service operations in the Middle East. It must have been almost impossible to get agents to work in that region. Blake is believed to have passed on the names of almost every British agent working in Cairo, Damascus, and Beirut. Lord Parker, Lord 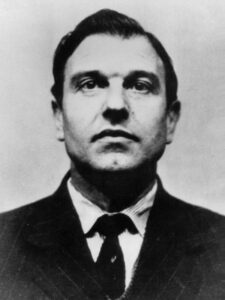 Chief Justice, the judge sentencing him, likened his actions to treason, and said, “It is one of the worst that can be envisaged other than in a time of war.” Blake was charged under the Official Secrets Act in May 1961. Blake pleaded guilty to five counts of passing secrets to the Soviet authorities during his trial, part of which was held in camera.

In 1966, Blake escaped from Wormwood Scrubs prison after serving five years of his sentence and having been removed from the list of likely escapers after only a year. Apparently, his supposed acceptance of his exceptionally long sentence lulled wardens into a false sense of security. It is assumed that he had help from the Soviet Union, and after his escape, he was quickly whisked away to the Soviet Union, where he lived out his life. He passed away in Moscow, Russia on December 26, 2020, at the age of 98 years.