The Essence Of Jason 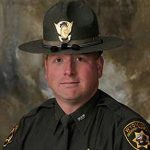 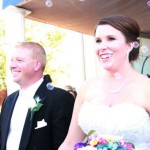 I don’t think any of us could have foreseen the changes that would occur in ten short years of marriage. Jason Sawdon became my nephew when he married my niece Jessica Hadlock on August 18, 2012, in what they have dubbed “the most amazing, fun party celebrating love.” They have been celebrating ever since that day. When they got married, Jason was a patrolman for the Wyoming Highway Patrol. He still works for the Wyoming Highway Patrol, but in a different capacity these days. A little over a year ago, Jason was promoted to Sergeant of Equipment and Technology, in a change that unfortunately for the rest of the family, took his family from Casper to Cheyenne. So, in the next step in his decorated career, they moved to Cheyenne on June 5, 2021. It was hard for all of us to have them go, but it was the best thing for their family. Jason is no longer on the street, and his hours are much better for a family man. His girls need him home at night. 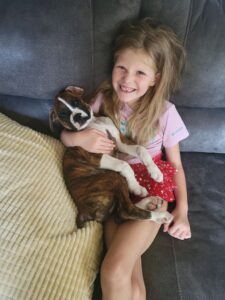 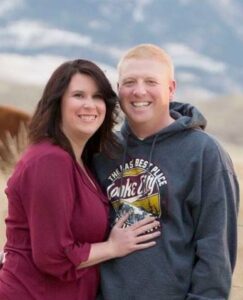 They have spent the last year exploring their new city, and enjoying their new house, which Jason spent a lot of time refreshing for them before they moved in. This past year brough some sadness, in that they lost Daisy, their sweet Boxer dog, but now they have adopted a new Boxer dog that they named Riley. She has been so great for their family, and she is Jason and Jessi’s daughter, Adelaide’s best friend…and for Jason and Jessi, that means everything. As far as they are concerned, their little daughter, Adelaide is the best thing that has ever happened to them, and we all agree. She has been such a blessing.

Jason is such a happy person. He has a great sense of humor and loves to tease, but Jason also has a heart of gold. I will never forget what he did for my mom after my dad had passed away. Her birthday was on January 1st, so we always had a party for her. She and my dad always had their special dance. With Dad gone, mom 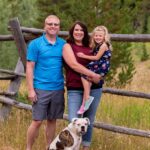 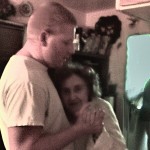 felt like “the forgotten dancer” until Jason took her out on the dance floor. She struggled to stand on her own, but he held her up, and she got her dance. That was the single most amazingly precious thing I have ever seen…and I will never forget his kindness to her. It meant the world to her. That is the essence of the kind of person Jason is…with everything and everyone. Anyone who has ever been on the receiving end of Jason’s kindness, knows just what I mean. Today is Jason’s birthday. Happy birthday Jason!! Have a great day!! We love you!!