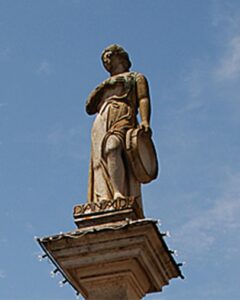 Sometimes, you can win a battle with nothing more than a good bluff. In 1369 AD, the town of Monção, in northern Portugal, which is famous for a local variety of red wines, became famous for something else…the medieval legend of Deu-la-Deu. King Peter of Castile and Leon, also known as “Peter the Cruel,” passed away that year, setting off a succession crisis. You would think that the succession to the throne would be pretty cut and dried, but King Peter had an illegitimate half-brother named Henry of Trastámara, who was crowned king. Portuguese King Ferdinand I, who was also one of the claimants. In retaliation for Ferdinand’s claim to the Spanish throne, Henry went to war with Portugal. Henry was determined to remove any thought of claiming the throne from King Ferdinand I and possibly take his life in the process.

Part of Henry’s plan that year included laying siege to the Portuguese city of Monção, which was a fortified castle. They managed to catch the city while its lord, Vasco Gomes de Abreu, was away. The lord’s wife, Deu-la-Deu was put in charge of the defense. When I heard that, I wondered how they expected her to accomplish that, because most of the women, even the queens and ladies were pretty much there for their beauty and the children they bore…heirs to the throne. It just didn’t seem to fit into a role she would normally be an expert at, but that assumption proved to be very wrong. Deu-la-Deu would prove them all wrong.

Medieval castles were often designed to withstand long sieges in those days, but Monção’s food supplies were low, and the Spanish army was ready to starve the city. They had blocked the supply lines and were prepared to wait out the unfortunate inabitants of the city, who they fully expected to begin starving to death. The reality was that the people were about to starve to death, but the lady of the castle was a very wise woman. Deu-la- 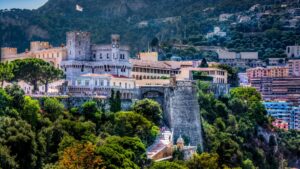 Deu came up with an amazing plan of defense, and one that would probably never have crossed the mind of the men, kings, lords, or army generals alike. Even though the city was almost out of food, the plan was to take the city’s remaining flour, bake it into two loaves of bread. Then Deu-la-Deu took them up to the castle walls, and threw them at the Spanish army, saying, “If you need any more, let us know.” The Spanish believed the city was well stocked and so the simply gave up and left. The siege was over, just like that. It is the funniest end to a siege I can imagine. Since that amazing incident, Deu-la-Deu Martins was considered a heroine in Portugal and a statue was erected in her honor.