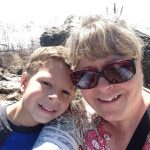 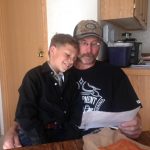 My nephew, Tucker Schulenberg has had a rough year, due to the loss of his mother, Rachel Schulenberg on January 19, 2021. Still, Tucker is a good boy, who always made his parents proud. He has a good heart and a loving way about him. When the family gets together for our monthly dinners, Tucker is always willing to hang out and play with his girl cousins, and his boy cousin too. They are all much younger than he is, but that doesn’t make any difference. He never shuns them.

Tucker has his own ideas on most things, and he doesn’t mind telling what they are, but he is also ok with other people having other ideas, something that is somewhat rare in these days of everyone getting offended so easily. Tucker is a Conservative, and he doesn’t mind telling you so. He has a mind of his own, and he makes sure he is informed about the things going on around him. Now, I call that one wise kid.

Tucker came to our family at two years old, when his mom married my brother-in-law, Ron Schulenberg. Tucker had a. pretty much, absent dad, and he knew that Ron, who was his step-dad then, was going to be a better dad to him. It was Tucker who approached the adoption idea with Ron. Ron was so pleased, because he wanted nothing more than to truly be Tucker’s daddy. That couldn’t happen until Tucker’s real dad decided to allow his 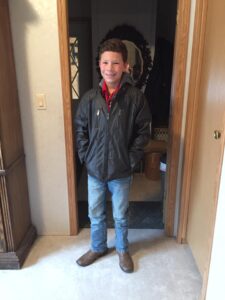 parental rights to be terminated. It took a while, but finally the day came, when he said ok. They all went straight to the court house, and signed the paperwork to get everything started. Soon after, on June 27, 2019, it was official, and Tucker was so happy, as were his parents. As it turned out, that adoption was so much more important than any one could have known. Tucker would really need his daddy just 19 months later. Tucker and his dad are doing better these days, but they went through some really hard times. There have been a few things that helped Tucker, mainly the grief camp he went to this past summer. The day camp involved horses, and Tucker, like most of the other campers, really thrived under the program. Tucker even thinks he might want to have a horse of his own. While they are pricey, I think his mom would love that idea. Time will tell if it can be done, but I think someday, he might just make that dream come true. No matter what, things will get better. Today is Tucker’s 14th birthday. Happy birthday Tucker!! Have a great day!! We love you!!