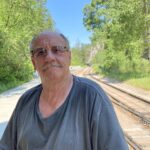 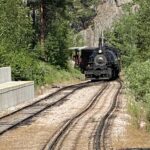 While riding the 1880 Train on the last day of our annual trip to the Black Hills, Bob and I were sitting back, relaxing and enjoying the ride. It is a favorite part of our trip each year. One of the things that I like to do on these train rides, is to listen to what the people around us think of the journey. When you ride the train every year. You know the area, and while it is still very interesting to me, I do know the area. Others don’t, so it’s interesting to see what they think of this area I love so much. I almost feel like a local listening to the tourists who are viewing this place for the first time.

This trip’s most profound conversation was a little different, and it really made me think. The train has a recorded narrative, and a little boy, about 5 or 6 years old was listening to it. So often, children don’t really listen to such things, but this little boy was rather intently listening to the message. So as he listened, the narrator said that 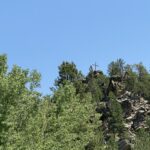 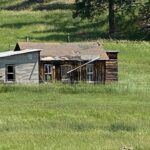 the train was in use during World War I and World War II, and the boy said, “What’s a war?” That really made me wonder…how nice it would be, not to know what war is. Yes, there have been wars in his lifetime, and indeed, we are in one even now, but this little boy is too young to really fathom the meaning of the word…war. He still possessed an innocence when it comes to war, killing, and death. That innocence is about to end, I suppose, because once his aunt or mother answered his question, he will forever know what a war is. He cannot go back to that innocence again. It is gone.

I came away from that experience a little sad. Children have such an innocent joy, and for this boy, that is changing. True…he won’t fully lose that innocence in one explanation, and it will depend on how much the 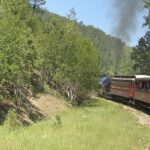 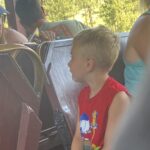 adults with him can soften the truth for him, but no matter what we do or say, war and death go together, and death by war is not pretty. This boy has an imagination, and if he continues to question the adults in his life, he will begin to get a clear picture of war, and what it really is. Then, as he grows, that picture will become more and more vivid. He will know what death by war means. War is a part of life, and eventually we all know what war means, but for me, the question felt sad, because I was witnessing the beginning of the end of his innocence. It’s a moment I wont easily forget either.