That One We Learned From 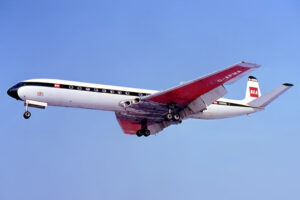 As planes became more and more common, it became evident that at some point, they were going to be used commercially. Still, I can’t imagine being on that first commercial flight. I doubt if it comes as a surprised that the first commercial flight in history occurred in the United States. What is surprising is that the flight took place on January 1, 1914, three years before the United States entered World War I. Planes weren’t commonly used forms of transportation in any arena, so a commercial flight is almost beyond imagination. Following that first flight, the Vickers Viscount emerged in 1948, as the first commercial airliner to use turboprop power. That plane was equipped with four Rolls-Royce Dart turboprop engines, the British aircraft had a pressurized cabin and was capable of carrying 40 to 65 passengers.

While I would have expected the world’s first commercial jet airliner to follow suit and come from the United States, it did not. The de Havilland DH.106 Comet, the world’s first commercial jet airliner, was actually developed and manufactured by de Havilland at its Hatfield Aerodrome in Hertfordshire, United Kingdom. The Comet 1 prototype first flew in 1949. It featured an aerodynamically clean design with four de Havilland Ghost turbojet engines buried in the wing roots, a pressurized cabin, and large square windows. It’s relatively quiet, comfortable passenger cabin and innovative design, made the plane commercially promising at its debut on this 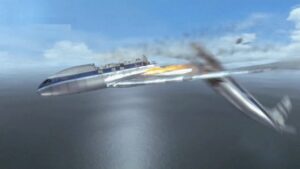 day, May 2, 1952. Unfortunately, within a year of entering service, the plane began to experience problems. Three Comets were lost within twelve months in highly publicized accidents, after suffering catastrophic in-flight break-ups. Two of the break-ups proved to be caused by structural failure resulting from metal fatigue in the airframe, a phenomenon not fully understood at the time. The third break-up was due to overstressing of the airframe during flight through severe weather. That flight might have had problems even if it had been a more advanced plane, because weather related crashes are still somewhat common today.

Due the the problems, the Comet was withdrawn from service and extensively tested. Design and construction flaws, including improper riveting and dangerous concentrations of stress around some of the square windows, were ultimately identified as the points of the fatigue. As a result, the Comet was extensively redesigned, with oval windows, structural reinforcements and other changes. Rival manufacturers meanwhile heeded the lessons learned from the Comet while developing their own aircraft. I guess there always has to be that one we learned from. Unfortunately, when people get scared about something, it is very hard to recover in the courts of public opinion. 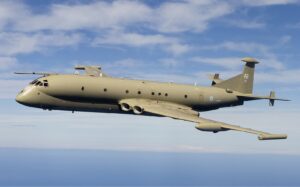 Sadly, sales of the Comet 1 never fully recovered after the crashes. The improved Comet 2 and the prototype Comet 3 culminated in the redesigned Comet 4 series which debuted in 1958 and did quite well, remaining in commercial service until 1981. Later, the Comet was adapted for military usage. It played a variety of military roles such as VIP, medical and passenger transport, as well as surveillance. In 1997, the last Comet 4 was used as a research platform, making its final flight later that year. The most extensive modification resulted in a specialized maritime patrol derivative, the Hawker Siddeley Nimrod, which remained in service with the Royal Air Force until 2011, over 60 years after the Comet’s first flight.

One Response to That One We Learned From