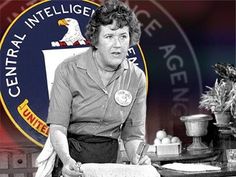 Most of us know Julia Child as a famous chef, who mainly focused on French cuisine, as well as an author of cookbooks, but that is only one aspect of her life. Born Julia Carolyn McWilliams in Pasadena, California on August 15, 1912, she was the daughter of John McWilliams Jr, and Julia Carolyn “Caro” (Weston) McWilliams. She came from wealth as privilege, her dad being a Princeton Graduate and prominent land manager, and her mom being a paper-company heiress. She was the eldest of three children, followed by John McWilliams III and Dorothy (McWilliams) Cousins. Child and her siblings were all unusually tall, and loved outdoor sports. After she graduated, Julia went on to major in history in college, after college took a job as a copywriter for a furniture company in New York City.

With the onset of World War II, Julia tried to enlist in military service, but was told that she was too tall to enlist in the Women’s Army Corps (WACs) or in the U.S. Navy’s WAVES…both facts that make no sense to me, and probably would not have been a factor these days. Nevertheless, Julia was declined that chance to serve. 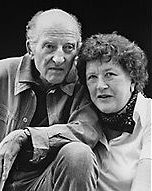 Undeterred, she joined the Office of Strategic Services (OSS) as a typist at its headquarters in Washington but, because of her education and experience, soon was given a more responsible position as a top-secret researcher working directly for the head of OSS, General William J. Donovan. Thus began a career that would lead to being a spy for the Allied forces and have a life changing effect on Julia’s life.

In 1944, she was posted to Kandy, Ceylon (now Sri Lanka). Her responsibilities included “registering, cataloging and channeling a great volume of highly classified communications” for the OSS’s clandestine stations in Asia. Later she was transferred to Kunming, China, where she received the Emblem of Meritorious Civilian Service as head of the Registry of the OSS Secretariat. Asked to solve the problem of too many OSS underwater explosives being set off by curious sharks, “Child’s solution was to experiment with cooking various concoctions as a shark repellent,” a task she did in a bathtub…not much like her cooking in later years. The chemicals were sprinkled in the water near the explosives and repelled sharks…it was a great success and is still in use today. The experimental shark repellent “marked Child’s first foray into the

world of cooking” Child received an award that cited her many virtues, including her “drive and inherent cheerfulness.”

While in Kunming, she met Paul Cushing Child, also an OSS employee, and the two were married September 1, 1946, in Lumberville, Pennsylvania. They later relocated to Washington DC. Paul was a New Jersey native who had lived in Paris as an artist and poet. He was also known for his sophisticated palate, and introduced his wife to fine cuisine. Julia had always had a cook in her childhood home, so the idea of cooking was very foreign to her. Still, she was smart, and she began to excel in the art of cooking. It was her cooking that helped her to realize another of her goals…to become an author. Cooking was not a goal is a girl, but it was her later love of cooking that finally gave her the title of writer she had so desired. While Julia and Paul never had children, they lived a long and happy life until his passing in 1994. Then she went on until her own passing in 2004 at the good old age of 91.