Wrapped Around Her Baby Finger 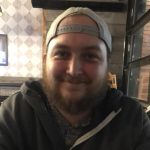 My grandson, Chris Petersen, has had a busy couple of years. He became a dad, when his daughter was born on May 30, 2018. It was the happiest day of their lives. Before long it became apparent that the condo he had owned was going to be too small very soon. So this year they bought a new house, and they are very happy with their decision. They have been busily decorating the house to make it cozy and homey. A 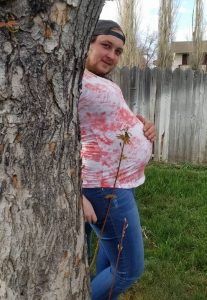 condo can be a home, but many people feel more at home in a house. Chris has been painting his daughter’s bedroom, a pink sparkle, because it is fit for a princess. Her throw rug is a furry pink explosion, and it’s soft and cozy. Her bedroom is every bit a little castle.

Being a dad has been such a wonderful event for Chris. Like most dads, he quickly found himself wrapped around his daughter’s baby finger. I like to tease new Dad’s about living wrapped around their child’s finger. It’s because they fall so completely in love with their child, that nothing else in life matters. That child is their whole world. 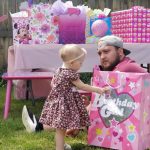 It’s fun to watch as these macho-men turn into these totally complacent docile men who would play tea party and fairy princess just because their little girl wants them to.

Of course, these men try not to admit it, but one look at their little princess, and they are hooked. They will never be the same again. That little girl “owns” them, and you know what…that is ok!! For Chris, two girls have won his heart, his daughter, and her mommy. Life just doesn’t get any sweeter than that. He lives his girls, and they love him, and that is the greatest thing on Earth. Today is Chris’ birthday. Happy birthday Chris!! Have a great day!! We love you!!