The Power Of A Hug 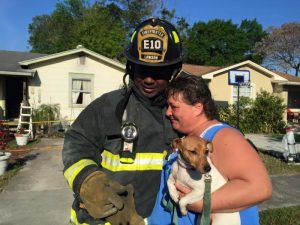 When people are having a bad day, or the worst possible day, people often don’t know what to do to help. And sometimes there is seemingly nothing that can be done to really help, but as most of us know, whether we realize it or not, there is always one thing that can help…a hug. Of course, there is a right time and a wrong time to give a hug, but once the emergency part of a situation is over, we are often left with overwhelming emotions, and they are often held in because we are trying not to do the one thing that we really need to do…cry.

Over the years during which I was a caregiver, and now with what I went through during my husband’s heart attack, I have had a number of situations where the ambulance had to be called. In the whirlwind that followed, I had to keep my composure and tell the medical personnel what happened, and any other pertinent information they needed. I could not let myself break down. I couldn’t cry…or scream, which is what I really wanted to do. I had to hold it together, because my parents, in-laws, and then my husband, needed me to hold it together. I was their voice. Then, as suddenly as the ambulance had arrived, they loaded up their patient, and headed out. I found myself standing there alone, feeling very small and very scared. Then, a firefighter, who had also been dispatched, men who thankfully knew me because my husband had been their mechanic, came up to me and hugged me and encouraged me. Yes, the tears flowed then. There was no longer a need, nor any possible way to hold them back. Those firefighters can’t possibly comprehend what that hug meant to the person who received it. Hugs allow the emotions to release. It is the much needed human contact, when I felt entirely alone. 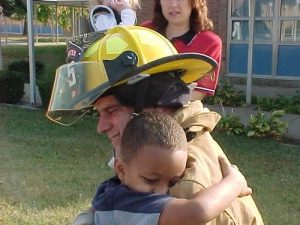 I am blessed to have many good people in my life. People who understand how badly a hug is needed. People who understand the power of a hug. My boss, Jim Stengel and his wife, Julie; my co-worker, Carrie Beauchamp; my siblings and in-laws; a friend and client, Donna LePage; and then, unexpectedly, my boss’s sons, Anthony and Michael Stengel, all sensed that I could really use a hug, and the power of those hugs has continued to help me. Each hug meant more than the giver can ever imagine. Each hug was given when the giver didn’t know what else to do, and yet each did exactly the right thing!! They instinctively knew that hugs are always healing. That is just the power of a hug.

6 Responses to The Power Of A Hug