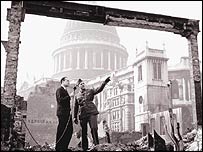 In March or 1941, the United States was largely considered neutral, so we could provide the countries, who were fighting Adolf Hitler, with war material. It was during this period of time, that the United Kingdom, an old enemy of the United States, since the United States fought against them for our independence, needed our help. Of course, we were allies by that time, and so the thought of a loan to the UK was not out o the question. The UK had been fighting against Adolf Hitler’s Germany army for a while by then, and funds were dwindling. The US loaned $4.33 billion to Britain in 1945, while Canada loaned US$1.19 billion in 1946, at a rate of 2% annual interest. It was a good deal, but in the end, the amount paid back was nearly double the amounts loaned in 1945 and 1946.

The United States was pulled into World War II shortly after, when Japan attacked Pearl Harbor. That marked to end of the program to provide military materials, because the United States was no longer considered neutral. At this point, the United States was very much needed in a very different way, and could not be neutral and be an effective help, but they also had a score to settle, and it could not be handled on the sidelines. The United States had hoped to sit this one out, but that was not to be. The Axis of Evil was winning against the Allied Nations, and they needed help, but it was the boldness of the attack on Pearl Harbor that finally awoke the sleeping giant that was the United States. The United States victory over Japan in the Battle of Midway was the turning point of the war in the Pacific. Then Germany invaded the Soviet Union. The Soviet Union defeated Germany at Stalingrad, marking the turning point of the war in Eastern Europe. As we all know, in the end the Allies were victorious in World War II.

There are still World War I debts owed to and by Britain. Since a moratorium on all debts from that conflict was agreed at the height of the Great Depression, no repayments have been made to or received from other nations since 1934. Despite the favorable rates there were six years in which Britain deferred payment because of economic or political crises. Britain settled its World War II debts to the United States and Canada when it paid the final

two installments in 2006. The payments of $83.25 million to the US and US$22.7 million to Canada are the last of 50 installments since 1950. Upon the final payments, the UK will have paid back a total of $7.5 billion to the US and US$2 billion to Canada. “This week we finally honor in full our commitments to the United States and Canada for the support they gave us 60 years ago,” said Treasury Minister Ed Balls at the time of those final payments. “It was vital support which helped Britain defeat Nazi Germany and secure peace and prosperity in the post-war period. We honor our commitments to them now as they honored their commitments to us all those years ago,” he added.