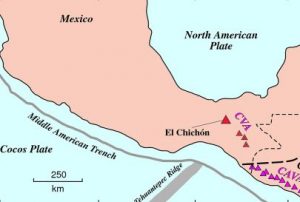 El Chichón was a volcano, in southern Mexico, that had not erupted for 130 years, meaning that no one who was alive on March 29, 1982 had ever seen it erupt. For most of the residents, who lived in the shadow of El Chichón, also known as Chinhonal, the 4,500 foot mountain seemed to pose no danger. Even when it did erupt, 130 years earlier, the eruption was minor. The people assumed that it was a dead volcano, and so ignored its potential for destruction and enjoyed the fertile soil its volcanic past provided.

Then, in late 1981, two geologists, who were intrigued by hot springs and steaming gaps in the earth near the volcano, began an investigation that revealed increased seismic activity and the possibility of a major eruption of the volcano. Unfortunately, their report was ignored, because of the volcano’s quiet past. Thier complacence would 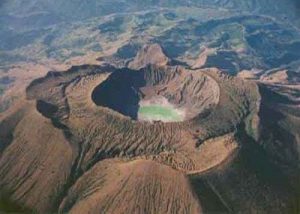 prove to be their downfall. Even when the ground began shaking on the night of March 28, the people did not heed the warning signs.

Then, at 5:15am the following morning, March 29, 1982, no one could miss the combination earthquake and eruption that exploded the mountain. The combination of the earthquake and the volcanic eruption turned the mountain into a crater. Ash was sent flying 60,000 feet in the air. About 150 people were killed when their roofs collapsed under raining volcanic debris. Two days later, ash from the eruption fell in Austin, Texas, many hundreds of miles to the north. The eruptions continued for over a week.

Most of the approximately 2,000 people killed by the eruption died from exposure to the pyroclastic flow, a 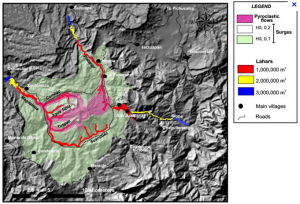 volatile mix of hot particles and gas. El Chichón lost its entire top, leaving only a large crater 1,000 feet deep, and less than 700 feet high, which was now shorter than the surrounding hills. Two more major eruptions occurred on April 3rd and 4th. In these eruptions, the debris was sent so high that it came down as virtual landslide on the surrounding villages. Trees and buildings were no match for the dirt and rocks. The debris also blocked streams, causing flooding in the area. Nine entire villages were destroyed and more than 100 square miles of farmland were unusable for years. Overall, the energy released by the eruptions, which were similar in scope to the Mount Saint Helens eruptions in Washington in 1980, was the equivalent of 8,000 one kiloton atomic bombs.