Every war has one thing in common…there are two opposing sides. That can make for a volatile situation, even years after the war is over. Take our own Civil War. That war ended in 1865, but to this day, there are those who think we should tear down any and all memorials to the heroes of the South, which of course, lost the war. It’s a tough situation, but when you think about it, is a general from the South any less brave in battle. It is all a part of he fabric that forms our nation. They did not win the war, but as we have all told our children about sports, “It’s not whether you win or lose, but how you played the game.” Now, I know that war isn’t a game, although some have indicated that it is, nevertheless, most soldiers from the South fought as bravely and as honorably as those from the north. Everyone knows that the Confederate flag is not the flag of the United States, but it is a piece of it’s history, and history is history. It is not something we should be defacing, but rather honoring, because the fought the good fight.

President Regan felt the same way when he visited Germany on May 5, 1985. The Holocaust was a horrible 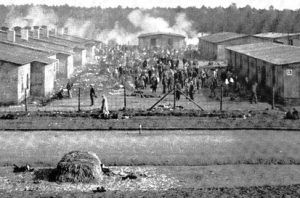 event, and not one that the majority of the German people agreed with, but they were in a difficult place too. They were following orders. Had they not done so, they would have been killed…here was no doubt. So, when Reagan went to Germany and to the cemeteries of the fallen German soldiers, should he have been disrespectful…of course not. He was a visitor in their country, and whether their politics was right or wrong, these were their fallen heroes. They were fathers, sons, brothers, uncles, grandfathers to someone in Germany, and they were loved. As Reagan said that day, “Here they lie. Never to hope. Never to pray. Never to love. Never to heal. Never to laugh. Never to cry.” Lives taken…too soon, by war, and that made them a nation’s heroes.

No two sides will ever agree, and emotions run high after a war, but sometimes people take things too far…retaliating for things they believe were wrong, years and even centuries after the events took place. The dead 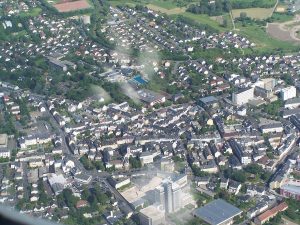 are dead, and their memorials should be left alone, whether they are private, state, or national. To someone, somewhere, their efforts were heroic, and just because we have a different view of the things they stood for, does not give is the right to terrorize their graves and memorials. I suppose that many people would argue this point with me, and let it be known that I am not condoning the wrongs done by evil nations, I an simply saying that we should leave the memorials alone, because they do no harm. If people want to make a statement, they should teach their children right from wrong, so that they understand the difference between a cause, and a heroic soldier of that cause. One could arguably be condemned, while the other should not be.