The Wearin’ O’ The Green 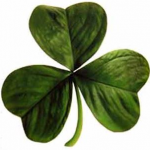 Once a year, on March 17th, the world takes a day to celebrate the wearin’ o’ the green. Saint Patrick’s Day, is really just one of the more fun holidays, that for most of us means nothing more than pinching ayone caught not wearing green, eating corned beef and cabbage, or drinking green beer and celebrating with our friends. 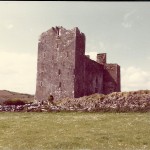 Ireland as a slave. Saint Patrick was the kind of man who, made lemonaid out of the lemons he found himself with. While he was enslaved in Ireland, he made it his goal to become a missionary there, and he is credited with bringing Christianity to the country, as a result. In Ireland, that makes the holiday a religious holiday, similar to Christmas and Easter. These days you can find Saint Patrick’s Day parades, shamrocks, and green Guinness beer in Ireland, but it’s mostly there for the tourists who think that is the right way to celebrate the day. For most of the Irish, however it would not be that way, and in fact, up until 1970 Irish laws mandated that pubs be closed on Saint Patrick’s Day. That is a stark contrast to the way the day is celebrated here, but it doesn’t mean the same thing to Americans. 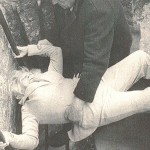 Like many people, I like to eat corned beef and cabbage and pinch those unsuspecting people who have forgotten their green, and while I don’t drink beer…green or otherwise, I like to have fun with the day. But, I also like to reflect a little bit on my Irish roots. I have several parts of my family who came from Ireland, including my Grandma Byer’s family. She wanted to get in touch with her Irish roots too, and so she and her siblings took a trip back to the old country, where they saw the castles, and cemeteries, kissed the Blarney Stone, and visited all the other sites, and I believe they met some of the family who still lives there too. It wasn’t Saint Patrick’s Day when she went, but they really had a good time.

2 Responses to The Wearin’ O’ The Green