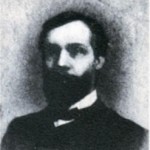 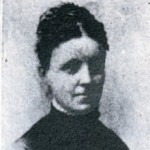 It would be hard for me to imagine walking away from all I knew to travel to India to begin a thirteen year run as the wife of a missionary, especially in 1874, but that is exactly what Mary Barr Uhl did. Mary was a somewhat distant cousin on my husband, Bob’s side of the family…specifically the Knox side of his family. The beginnings of her future mission were actually laid by when she was still a child. An elderly relative, Dr John Scudder laid his hand on her head and stated his wish for her to become a missionary. I’m sure that for a little girl, being a missionary meant very little, but as she grew, perhaps the words stayed with her. Sometimes, when we think about something like that for so many years, events in our lives line up to put us in exactly the right position to fulfill just such a mission, without our really thinking about it very much at all. Such was the case for little Mary Barr.

Mary Barr was born in Savannah, Ohio, and was educated there and in Springfield, Ohio. As was the case with most girls in those days, becoming a teacher was the degree of choice, and so Mary Barr became a teacher. As time went by, it’s possible that the desire of the elderly Dr John Scudder to have Mary become a missionary, faded into the past to a degree, until she met Lemon Leander Uhl. Leander as he was called, was a pastor in the Lutheran church. Dr Uhl was a graduate of Wittenberg College and Seminary in Springfield, Ohio, and did his post graduate work at John Hopkins University in Baltimore, Maryland. The couple married in the fall of 1872, and Dr Uhl became a missionary in the India field of the General Synod, Lutheran Church. Thus, the desire of Mary’s relative, Dr John Scudder, became a reality. Leander and Mary would spend the next thirteen years in the mission field in India. Mary and Leander arrived in Guntur, India in March of 1873. Mary opened the first school for girls of the upper classes and the first Zenana work for the same classes. She carried on both forms of mission work for many years. Mary’s perseverance and dedication won her great respect in that country. She was an untiring worker among the Telugu Hindus, and aided her husband in the Anglo Vernacular School by visiting the young men students in their homes.

Mary and Leander’s only child, Grace was born in Guntur, India during those missionary years. That is another thing I can’t quite imagine…having my baby so far away from my mother, and the doctors that I trusted in the United States, but by then, perhaps Mary felt comfortable with the help she had around her. It didn’t matter really, because she had no choice. You can’t stop babies from coming when it’s time. You just have to go through it. For Mary, childbirth went well, and she had a beautiful little daughter. It was by the grace of God, and so they named her Grace. While I’m sure that giving birth in a foreign country might have been an event filled with apprehension, the life they gave their daughter was one of many experiences. Not only did Grace experience life in another country, but she experienced schooling in many places. Grace would graduate from the College of Liberal Arts of Boston University in Boston, Massachusetts. 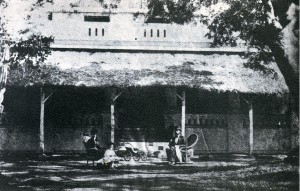 Mary Barr Uhl’s life took many turns that might have seemed far fetched to a child, who had been told of the desire of an elderly relative, but in the end, the desire of Dr John Scudder, that little Mary Barr would become a missionary had come to pass. Her life was not ruled by this man, it was just his desire…that became her desire too. Perhaps he saw something in that little girl that told him that she would be a great missionary. I suppose we will never know, but Mary did indeed, become a great missionary, and spent many years serving God in that capacity before retiring and returning to the United States. She died on March 26, 1926 at the age of 80 years, having fulfilled her destiny.

One Response to Fulfilling Her Destiny