A Debt Of Gratitude 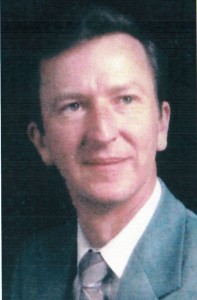 My cousin, Gene Fredrick was a man of many talents. He was the oldest of his parents’ two sons. His parents were Fritz Fredrick and Laura Spencer Fredrick, my aunt. As a boy, Gene was the helpful older brother, helping his mommy with his little brother, Dennis, who was always known to my sisters and me as Denny. Following their parents’ divorce, my Aunt Laura brought her sons to Casper, Wyoming to live near her sister, Ruth Spencer Wolfe, and her husband Jim, who were living there at the time. Casper was also where my parents would settle in 1959, and that meant that my family got to see our cousins, Gene and Denny Fredrick and Shirley, Larry, and Terry Wolfe quite a bit. Those were great times.

Of course, Gene and Denny were the oldest cousins, and so they married and while they both still lived in Casper, we got to see their children too. Gene and his wife Paula had two sons, Tim and Shawn, and Denny and his wife, Sandy had a son named David. Later they both moved away, so we didn’t get to see them very much. I’ve always felt sad that we lost touch, and I am grateful that we have Facebook now, and that has given us a way to reconnect.

Gene was always a soft spoken man, who shared so much of himself with his sons. He loved to make furniture, and was very talented at it. He also 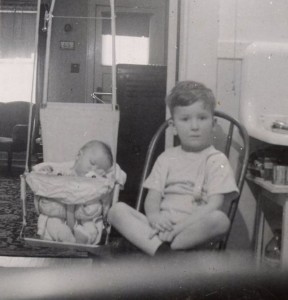 connected with our Uncle Bill, who has always loved the family history, but didn’t have the equipment or know how to scan pictures, or a computer to research people or organize the information. Gene became Uncle Bill’s right hand man, helping to get the family history in the organized condition I found it when my cousin Bill sent it to me to allow me to scan it. I can honestly say that we all owe Gene a debt of gratitude for all the help he gave Uncle Bill.

Gene taught his sons anything they were interested in. Tim tells about the years when he started becoming interested in photography. They set up a dark room, and Tim learned photography. I don’t know if Gene already knew how to develop pictures before, but they worked it together. Tim tells of making new prints from the old damaged ones. I think that Gene was an amazing man. Today would have been 76 years old today. Happy birthday in Heaven, Gene. We are all in your debt. We love and miss you.