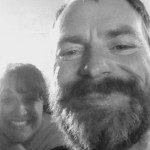 My nephew, Steve Moore, who married my niece Machelle Cook Moore, is a gun enthusiast…and that is putting it mildly. Steve has a real passion for gun making, and in all reality, wants to make guns for a living. According to Machelle, he has a real knack for it. One of my Spencer ancestors made a rifle that ended up making a huge difference in the Civil War. I have to wonder if someday, we won’t have a well known gun called the Moore Special or something. Now, I can’t say whether the Moore Special would be a rifle or a hand gun, and I can’t tell you what caliber it would be, but I can tell you that it would either come equipped with a silencer, or a silencer would be an add on option, because Steve is a big fan of the silencer. Steve struggles with his hearing because of the noise guns make, and he doesn’t want his boys, Weston and Easton to have the same problems. For that reason, and the fact that both of his boys are becoming total gun enthusiasts too, Steve wants to do everything he can to protect their hearing, while allowing them to enjoy guns as much as he does. So, Steve has made sure that he has enough silencers so that they can practice their shooting without having to change out the silencers all the time. The silencers have also earned him an A+ with his mother-in-law, Debbie Cook, who doesn’t like the loudness of the guns when the guys are shooting, which she feels disturbs the serenity of their camping spot, which is the main reason people go camping, right.

Steve has set a goal for himself to open his own business. He wants to build guns for people, and eventually also repair guns for people. Of course, there is a lot of legal red tape to go through in order to be a gun builder and seller. The first step is FBI approval of Steve’s form 4s, which allows him to sell to people. There will be more forms to fill out in order to repair guns. Of course, Steve will also be making other types of parts for people too. He is very talented when it comes to building parts for just about anything. They recently bought a lathe to start preparing for the business to come. In the meantime, Steve can make just about anything on it. All of his friends know that if they need a part made, Steve is their man. He recently build a part for Machelle’s Uncle Ron’s lift. The request came on one camping trip and the part was ready by the next camping trip. 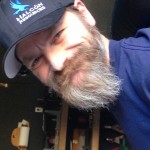 Camping is, of course, Steve’s favorite thing to do whenever he is off work. He and Machelle bought a trailer and pickup from Ron his wife Rachel, because their boys were getting too big for the little camper they had before. Whenever Steve isn’t working on guns, he is thinking about camping and shooting contests, or going camping and to shooting contests. I guess that just stands to reason though. When guns are your passion, guns are what you think about. In the end, I think it will be a good business for Steve to get into, because I think as time goes on, more and more people are going to be buying guns. It is an unfortunate side effect of the world we live in. People need guns to protect themselves and their families. Today is Steve’s birthday. Happy birthday Steve!! Have a great day!! We love you!!