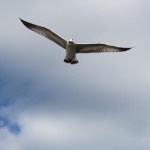 Children are a curious bunch. There is so much in this world that is totally new to them. Things we take for granted as being average, or even boring, they find interesting, and children aren’t alone in this either. Animals can be just as curious about the things that people don’t even think about. Things like taking pictures of seagulls can have them looking at you like you are from outer space. I suppose they have seen enough humans to know what they look like. Then to see one with a camera up to their face, makes them think that this is some new creature. As I scrambled to take this shot of a seagull as it flew over me head, I had no idea that I had snapped a shot of him looking right at me, as if to ask, “What are you doing?”

Dogs are especially curious about things, and since they aren’t afraid to come near humans, they come and 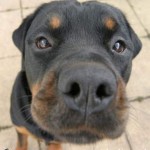 stick their curious little noses right in the camera lens…and they are very likely to lick the camera lens…whether you like it or not. In a way they are like babies. The best way to figure out what something is, is to put it in your mouth…right?? Well, that’s just like a dog. If it’s cool enough for their human to have up to their face, it must taste good. Or maybe it’s a new kind of toy that their human bought for them. Maybe if they lick it and let their human know they want to play, their human with throw it for them. As funny as that sounds, the photographer probably isn’t so thrilled with that dog slobber all over their lens, but their dog is having a great time.

When it comes to kids though, they have a little bit more ability to get their hands on things. A wise parent knows that there is a time to kid proof your house. It doesn’t matter what it is, if their parents think it’s cool, so do the kids. And they don’t understand the concept of something being broken. They just want to see what it is.

My grand nephew, Jake Harman was very much that 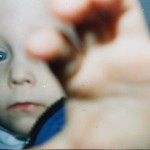 curious little boy, when his mom or grandma was trying to take his picture. I can’t say that the picture turned out the way they had planned, but you must admit that it turned out pretty cute anyway. If I didn’t know what he looked like as a little boy, I suppose this picture could have been a picture of any baby, but it isn’t, it’s Jake. Jake was always a curious little boy, and I suppose that like most kids, that got him into a certain degree of mischief, but he was, in all reality just a normal boy, curiosity and all. And while the picture didn’t turn out as planned, it takes me back to when my first grand nephew was born. It was a new experience, and we were all curious about who he would become. Hmmm…curiosity isn’t just a quirk of children and animals. Even adults have that tendency.