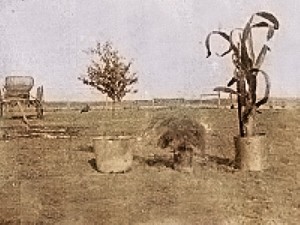 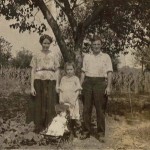 I have often wondered what our nation looked like before the Native Americans altered the landscape with the only way they really had of clearing the land…fire. When the summer grasslands would grow so tall that it made travel by horse or on foot troublesome, the Indians just started a fire to clear the area. Since there was nothing standing in the way of the fire, it ran until it came to a river or some other kind of obstacle, such as an area void of vegetation, and then it simply burned itself out. Of course, rain or snow would have the same effect too. I wonder, like many other people do, if prior to that practice, there were forests where we now have plains.

Of course, the White Man, has come a long way in trying to bring trees back into our nation, but there are still many places that are just wide open spaces filled with prairie grass, sagebrush, and cactus. When my grandparents, Anna and Allen Spencer decided to move to Texas to check out the booming oil industry, they found a land that seemed to run for hundreds of miles, with little to see, but wide open spaces. Like many people, they longed for trees, and other vegetation to give a different view to the land they found themselves living on. Having lived on five acres myself for a number of years before moving into town, I can certainly understand wanting trees. That didn’t make it easy to grow any of them up to much size, however. I suppose it 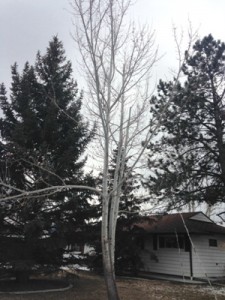 might have been easier in Texas, due to their warmer climate.

I understand the need Native Americans had to clear the land, and the lack of sufficient tools to do so, when it was necessary. Nevertheless, I wish they had not burned down the trees…or the prairies, because that stopped the young trees from growing, and lets face it…we need trees for shade, and the very air we breathe. These days, with all the necessary tools, from lawnmowers to farm equipment, there is no need to burn down the prairie grass to keep it from getting so deep, so clearing the land is a much smoother project. The older I get, the more I find myself wanting trees around me, and while it is still hard to get them up to some size, due mainly to the deer that roam freely inside the city limits of Casper, Wyoming, I do have some volunteer Silver Birch trees that have moved themselves from the neighbors tree into our yard.

We were so excited when the first tree started coming up, but our neighbor, Bill thought we would be upset about the little trespassing trees, and so he cut the down…until we told him that we wanted them. Then he left them alone so we could decide to let them grow or not. That first tree is now taller that our house, and we have several in the back yard too. Before these trees began growing, we had three cedar bushes in our front yard, one that was let grow to the size of a rather ugly tree. Finally, the day came that we got one of those little trespassing trees to come up in the right place. While we liked the bushes, that ugly Cedar tree needed to go. Then that tree got to an area where it could work for what we wanted. This past summer, it had grown to the 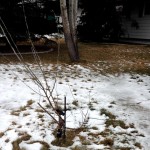 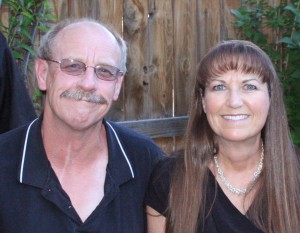 point of being about my height. Life was good. We cut down that ugly Cedar bush that had been pretending to be a tree, and watch with excitement as our new little trespassing tree grew and flourished…and then it happened. The deer that I love to have in our yard, because they are so beautiful…decided that our little tree was just the right size for lunch. It’s hard to say if it will come back in the spring, but if not, there will be another little trespasser to grow in its place…life is still good!!!