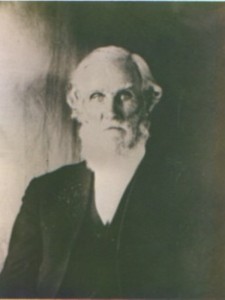 For some time now, my Shaw family line has been stalled at Angeloah, who is my 3rd great grandfather. I have always known that he was my grandfather, and that he was a religious man, but other than that, he has remained a mystery to me. Most of the time when a side of my family history stalls, I just move to another branch, because at that point I need a break from the frustration of a fruitless search. That is what I had done on that branch, until I was contacted by a man who was researching a Shaw branch of his family. So far, I have not found a connection between his family and mine. But in my search, I found a story from a history document about Catarogus, Allegany County, New York. In that document, it said that Angeloah’s father was Joseph Shaw. That was what I had originally thought to be correct, but then during my search, I saw where his father had been listed as Nathaniel and also as John. For a time I wasn’t sure what to believe, but this document made it very clear, and it was the first one that did. What it didn’t make clear was who Angeloah’s mother was. I find that so odd…and frustrating!!

From his childhood until about 1860, Angeloah lived in Lyndon, New York, where he met and married his wife, Mary Delilah Sapney. They moved to Derinda, Illinois before 1860, as they were counted in the census taken in 1860. Then in 1864, they moved to Tremplealeau County Wisconsin, and is shown to have owned land by 1869. The land totaled 160 acres, and Angeloah took up farming. his son, my 2nd great grandfather, John Brad Shaw, helped out on the farm until he was 24 years old, before moving to Nebraska. Angeloah and the rest of the family would stay on in Wisconsin for a number of years before following John in 1874 to Nebraska where Angeloah lived out the remainder of his life.

He was a very religious man, and some of the pictures we do have of him showed him reverently holding his 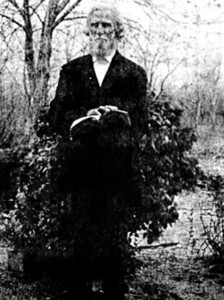 Bible. I’m sure that in the early years he was a preacher of sorts…at least in his family. That reminds me a lot of my dad, in that he was the patriarch of our family. We always looked to him to have the answers and to show us the right way to go in all things. I doubt if any of us would have been who we are today, had it not been for that leading. I can’t say for sure if Angeloah was the same kind of father to his children. Those were very different times, and parenting was different too, so I can’t say what his parenting style was like or what part his faith played in his parenting style.

Basically, that is all I know of my 3rd great grandfather. That makes me sad in many ways. It seems like some families didn’t keep records that were up to date as much as other families. I had hoped that with the abundance of pictures out there, I would be able to find much more documentation on him and his life, as well as his parents. Instead, I am left with nothing but the continuing mystery of Angeloah Shaw.

6 Responses to The Angeloah Shaw Mystery