When my great aunt, Bertha Schumacher Hallgren wrote her journal, she said that, “making a record of the simple, everyday things you see, feel, and hear around you – and passing them on to posterity” would make you famous. It seems such a simple thing, and yet, whether Bertha was famous in her time or not, her journal has definitely been read by many people now, so I guess she was famous with the people who mattered. Aren’t her family members among the most important ones to read her writings. I think they are. Bertha said to write about the simple everyday things. That really is something that can have an impact on the reader.

In her journal, Bertha talks about the first family car. It was brand new, and state of the art…and they paid $650.00 for it. When we buy a new car now, $650.00 seldom covers the monthly payment. The car itself costs upward of $31,000.00, and could cost much more. I realize that wages were much smaller when Bertha was a girl, but I have to wonder if she would just about pass out if she heard the cost of a car now. When people put gasoline in their car in 1925 they paid approximately 20 cents a gallon. These days $3.35 is pretty good for gas prices, and in some places, they pay as much as $4.35. And that is just today. Gas prices have gone up and down, and has been $6.00 a gallon before. I doubt if people from 1925 ever thought we would end up paying that kind money for gasoline today. We, of course, would love to be able to buy gasoline for 20 cents a gallon, but those days are gone forever. 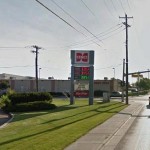 out of line with the wages we make. Gas prices, especially hit hard, because the people of the United States are a very mobile people. We like our cars, and we want to be able to go when we want, and where we want. And, sometimes, that price at the pump starts eating into our ability to do that. We get annoyed.

I would love to be able to pay $650.00 for a new car like my great grandfather did years ago, but if you don’t mind, I would like to keep my wages right where they are when I buy that new car. That would make the price of that new car very appealing indeed…just not realistic. Whether we like it or not, the prices of things often have a pretty direct correlation with the wages of the day, and we will have to deal with it.