It Was Right In This Spot 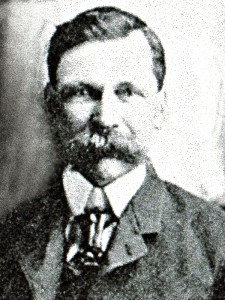 Most of us don’t exactly think of the place our grandfather died as being anything that would stick in our minds, but in the case of my great grandfather, William Malrose Spencer, it would seem that it was something that the family thought of often. It wasn’t because he was murdered or anything like that either, which is something that might cause it to stick in your mind. He died a natural death, of a heart attack, after working to haul a bunch of poles up to a fence for repair and construction work he was going to do around the farm in Isabel, Missouri. The date was March 20, 1922, and my great grandfather was only 64 years old. That probably wasn’t considered young at that time, but it really is today. He had always been a hard working man, and probably didn’t take as good care of himself as he did for his family. There were seven children in the family.

By the time my great grandfather died, my grandfather was married and living in Wisconsin. He and 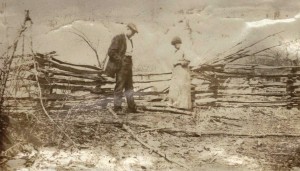 my grandmother had two children, one, my Uncle Bill was only two months old at the time of his grandfather’s death. Uncle Bill had been his grandfather’s namesake…named William Malrose Spencer II. At some point, my grandfather made the trip back to Missouri to see his mother and find out what had happened. It was a sad trip…his first one home where his dad was not going to be there. I can only imagine how hard that trip was for him. His dad had always been a gentle man loved and respected by all his children. My grandfather, being the oldest and a son, had likely worked along side his dad on many of the projects he had, so I’m sure he felt like maybe if he had been there…to lighten the load or something…maybe his dad would still have been alive. It is something most children, who have lost a parent in such a fashion feel. In 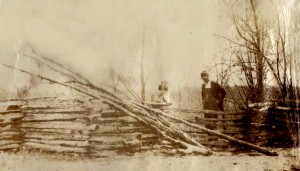 reality, there would have been nothing he could have done, but I doubt that knowing that would have helped his broken heart any.

As I look at this picture of my grandfather standing there with his mother, and the one with my Uncle Clifford with his mother, I can see by the way they were standing there that they felt such devastation. My heart breaks for both of them. Losing your dad is such a hard thing to go through, but not being there to say goodbye would be even worse. At that point, all you would have is a picture in your imagination, and someone to tell you, “It was right in that spot.”