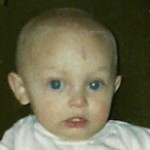 One Response to I’ll Run…Not Walk