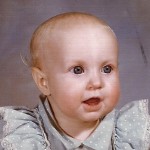 Most families have a variety if heights when it comes to their members. Our family, on Bob’s side, is no different. Our tallest person is Lynn at 6’6″ and our shortest adult is Amy at 4’11”. Some things never change. Amy has been the littlest in our family practically from day one, as I’m pretty sure she was not paying attention when the growth instructions were being given out. And so begins my story.

Bob’s dad’s garage was the workshop of choice for many years when our girls were little, because we didn’t have a garage. It was the same for my sister-in-law, Debbie and her husband, Lynn. Also, Bob and I were living on my in-laws land, while we were getting our own newly purchased land ready to move our mobile home onto. Bob was always working on a car…either his own, or someone else’s…as I said, some things never change. Debbie and Lynn were out at my in-laws place too, and so that meant that we had 3 little girls running around as well.

Amy loved to hang out with her daddy, and it didn’t matter to her what he was doing, so this particular day found her hanging out in the garage, where Bob was changing the oil in our car. Amy was just wandering around the garage, when her Uncle Lynn came in and started talking to her. For a time, I thought the problem might have been that Amy was afraid of her uncle, because he was so tall, and she was so very little, but as I have thought about this event over the years, I know she wasn’t, because Amy has never been afraid of much, and if she was…wow, could she scream!! You would have known she was afraid or at the very least, unhappy with the situation. So, when her Uncle Lynn started talking to her, it was a very long ways for this little 2’5″ girl to look up to Lynn’s 6’6″ height. In doing so, she began backing up, and backed right into the now full oil pan that her daddy had used to drain the oil out of our car. I can still see the look of shock on everyone’s faces, 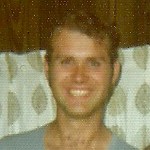 including little Amy, who was wearing one of my favorite little dresses, a white dress with red hearts on it…which was now, of course, very black…at least the back of it anyway, as was it’s owner, practically from head to toe. She could totally fit in that oil pan, which was about 2′ across.

I picked her up…carefully, and pulled her dress off of her so we could clean her up, surprised that she wasn’t screaming. I assumed that the dress was a total loss, but unbelievably, it came completely clean, and lived to be worn for quite some time afterward, since Amy, with her slowness of growth, always wore her clothes out before outgrowing them.