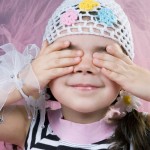 When I was a kid, the summertime would bring hours of playing outdoors. All the neighborhood kids would be involved. We didn’t watch a lot of television, and video games didn’t exist. We used our imaginations, coming up with crazy games like “ditch it” in which we would all play in the yard, until a car came up the street. The first person to see it would yell “ditch it” and everyone would drop on the grass. This game was always played after dark, so the cars couldn’t “see” us when we dropped to the ground. The idea was that the cars were obviously the “bad guys” and we were the “good guys”. Of course, we had no idea what the “bad guys” had done, because we had never really thought the game through to figure that out.

We would play “hide and seek” for hours on end. When you live in a neighborhood fille with kids, there were always enough kids to make the game interesting. An unusual thing in our neighborhood, was an unusual amount of families with all girls. There must have been 4 or 5 families with all girls, and at least 3 more with mostly girls, so we had plenty of people to play house, jacks, jump rope, and other girl games. The kids simply dominated the block all summer.

Because we lived in a different time, you could play outside well after dark, and your parents didn’t have to give it a second thought. We were usually allowed to play outside until 9:00 pm to 10:00 pm. There just wasn’t anything to worry about. When I think back on that time, I feel sad, in a way, because our children today can’t safely play outside late at night, because you just don’t know who is out there.