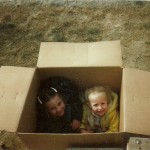 Kids have always loved playing in boxes and most of us can attest, and some kids can really get carried away with boxes. When the box becomes more important that the item in the box, you know that your kid is one of those kids. Of course, this is something kids just do when they are little, and it doesn’t last very long, so it is something you should smile about while you still can.

Sometimes, they are so infatuated with the box that you start to wonder if you should just wrap that up instead, because they would have more fun with it. Of course, clothes are always a good option, because they can get rid of those pretty quickly and then they are left with the box. Cool, in their opinion…and maybe in yours too.

My youngest daughter, Amy was one of those kids who really loved to play in boxes and with boxes. For whatever reason, it fascinated her. She liked to put things in the boxes just to see if they would fit, or get in the boxes and play. Seriously, who needed toys. Just give Amy a box. Birthdays and Christmas were great fun for her…even if it wasn’t her birthday or her present. And nobody had to fight with her over their gift, just hand her the box.

It is kind of sad these days, at least while children are little, that most gifts come in bags, because you can’t really play with a bag in the same way. In fact, it ends up looking just like wrapping paper, which oddly, doesn’t hold much interest for the kids. I would think they would love to rip it up and make noise with it, but they just don’t.

One of the funniest times concerning a child in a box however, was the Christmas that Amy 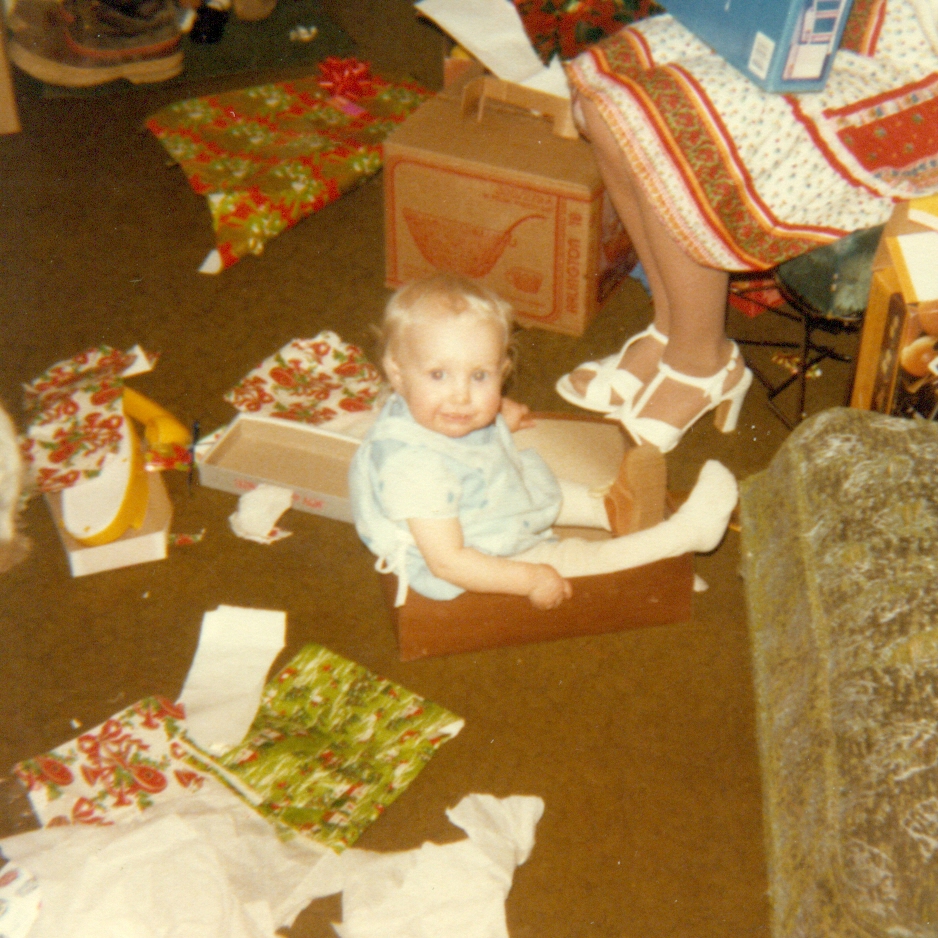 was 1 1/2. She was really into the whole playing with boxes thing, but have no idea how big a box needed to be to hold a kid. Someone had opened a gift, and given Amy the box, and after playing with it for a while, she decided to sit in it. Well, as most of you know, Amy was and is a pretty small girl, and at 1 1/2, she was about the size of a 6 month old baby. That didn’t really help matters very much, however, when she decided that she could fit in a shoe box. It was a fact that simply escaped Amy, and I’m not sure she would have cared anyway, because, what mattered is that even if she did overflow a little, she found a way to sit in that shoe box. I mean, that is what boxes are for…right!!