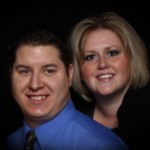 A couple of years ago, when it was my family’s turn to host the annual family Christmas party, we decided to update the family phone book that we had made for everyone over ten years earlier. This was more than a phone book as it included names, addresses, phone numbers, names of children, and birthdays, anniversaries, and memorials for the family members who had gone home.

So much had changed in all those years, and we were faced with the monumental task of gathering all this information. We talked to the aunts and uncles, but there was still a lot of dates missing. The solution I found was to go out and friend every family member I could find on Facebook. So many wonderful relationships have come out of that single event.

One of those relationships was with Melodie and Brian Dobson. I love watching the comments that come from this lovely couple. They love God and their family. To me that says so much. Facebook is notorious for allowing the negative comments to prevail, and we have all done it, but when the majority of posts are loving, Christian, and beautiful, you have a friend that you want to follow. That is how this couple is.

Brian and Melodie were married seven years ago today. Their marriage has been blessed with 3 beautiful children, Parker Kinkade, Payton Kendall, and Pyper Kadence. I love that they can all go by PK, although my guess is that if that happens, it will be Parker who will do it, as it is more of a boy thing than a girl thing. Looking at the pictures taken of this beautiful family, I see a family that is full of love and laughter. The children are happy and secure in the love of their parents. A great way to live.

About a year and eight months ago, an event occurred that could have been a very sad 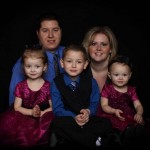 moment in this marriage. Melodie lost her wedding rings, and with 3 children, there would not be money to replace it. They had splurged on the ring as a young couple, because they wanted it to be a lasting reminder of their unending love for each other. She mentioned the lost ring on Facebook, and the prayers began in earnest. Melodie and I spoke back and forth about the lost ring, and stood in faith together, and on March 29, 2011, Melodie and Brian got their miracle, when a woman found and returned her wedding rings to her. It was a blessed event, and I’m quite sure that their next anniversary was just a little bit more special, because of that miracle. Today is their 7th anniversary. Happy anniversary Melodie and Brian!! Have a wonderful day!!